Plaintiffs Weigh the Pros and Cons of Testosterone—a Rising Dilemma

As the number of testosterone lawsuits in multidistrict litigation continues to climb, one group of defendants embroiled in a testosterone lawsuit in an Illinois court has petitioned for dismissal, pushing back on a claim made by the plaintiffs under the Racketeer Influenced and Corrupt Organizations Act (RICO). 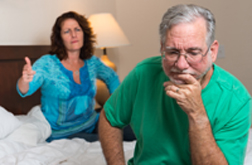 The testosterone lawsuit in question is Medical Mutual of Ohio v. AbbVie Inc. et al, case no. 1:14-cv-08857 before Judge Matthew F. Kennedy in Northern Illinois. The defendants are of the view that Medical Mutual of Ohio’s (MMOH) claims relating to RICO are without merit, based on the defendant’s assertion that plaintiffs failed to provide concrete or specific evidence relating to the claims of fraudulent activity.

Beyond the RICO claim, the defendants assert in court documents that even though testosterone does not carry approval by the US Food and Drug Administration (FDA) for low testosterone (the so-called “Low-T” phenomenon), the fact that physicians have the legal, medical and ethical right to prescribe medication off-label - including testosterone supplements - should let them off the hook.

Testosterone supplementation has been around for decades to treat hypogonadism, a condition characterized by testes that have failed to descend - or are malformed - resulting in a serious depletion of testosterone. Such a serious lack of testosterone can be a health hazard which, in the respective views of the FDA and the medical community, is far more serious than any negative impacts from testosterone side effects.

The issue, of course, is the latter-day market for testosterone created by the emergence - some say the creation - of the “Low-T” condition characterized by low energy and sagging libido often seen in middle-aged men. In sum, the latter is merely a symptom of aging, perhaps aggravated by poor diet, weight and lack of exercise. Testosterone can also vary according to the time of day.

Many a testosterone lawsuit has been filed by plaintiffs alleging they were drawn in by the hype and the promise of testosterone without being made aware of the potentially serious testosterone side effects.

The lawsuits contained in multidistrict litigation are closing in on the 2,000 number (Testosterone Replacement Therapy Products Liability Litigation, MDL 2545, US District Court, Northern District of Illinois).

More TESTOSTERONE TREATMENT News
A status conference conducted on July 20 appears to favor a policy that bellwether trials will be limited to a narrow field. The Court has acknowledged that things are becoming a bit more complicated when compared with the time frame at which the MDL was first established to consolidate lawsuits brought against one product - AndroGel, manufactured by AbbVie. Since that time, additional lawsuits have flowed in with allegations over products manufactured by a larger array of pharmaceutical companies.

There are about 10 companies manufacturing a host of different testosterone products.

As the mean population of the US continues to age - with Baby Boomers hitting middle age - the quest to turn back the clock and pursue the elusive fountain of youth will only intensify. The question remains if purveyors of testosterone supplements for “Low-T” will continue to be as bullish in their recommendations, or if they will share the potential of testosterone side effects with patients and consumers.