Dealing with Reglan Side Effects

Dealing with Reglan side effects may be worse for some patients than the gastroesophageal reflux disease (GERD) they were taking Reglan to treat. The FDA has issued a warning about the link between long-term use of Reglan and tardive dyskinesia but many patients may still not realize they have suffered from Reglan drug side effects. 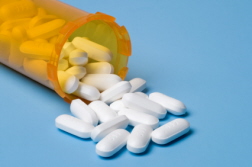 Reglan, known generically as metoclopramide, is not meant to be used for longer than three months. Some patients, however, took it for years as a way to prevent the onset of GERD. Those patients are at a higher risk of developing tardive dyskinesia.

Tardive dyskinesia is marked by involuntary, repetitive movements that can occur at any time, making it difficult for patients to carry out day-to-day activities. For example, pouring or even carrying a cup of coffee can be difficult and dangerous if the patient's hand is constantly jerking. This same problem makes it difficult for some patients to continue their employment.

Many patients report they are embarrassed by the constant jerking motion and involuntary facial movements, which can include lip smacking, pursing and grimacing, tongue protrusion and rapid eye blinking.

More REGLAN News
Some people may have been given Reglan and not realized it. Although the drug is approved for short-term use, it was often prescribed long-term. In some cases, patients took it for a few years. It was also prescribed off-label to treat pregnancy-related nausea, morning sickness, migraine headaches and to stimulate lactation. Patients who were prescribed Reglan off-label may not realize they were exposed to the medication.

Furthermore, some infants may have been given Reglan to treat digestive problems. It is not currently known how safe Reglan is for infants or what dose is safe to administer to newborns.

Tardive dyskinesia has sometimes been misdiagnosed as Parkinson's disease. Patients may have developed Reglan side effects but were given an incorrect diagnosis, and therefore may not realize that their health problems could be linked to their medication.