Tardive Dyskinesia Similar to Parkinson's—But There Are Differences

One of the factors that prevents patients from recognizing Reglan side effects is their similarity to other neurological health problems. In fact, Reglan side effects, especially tardive dyskinesia, are often mistaken for symptoms of Parkinson's disease. The two conditions are similar, but there are important differences. 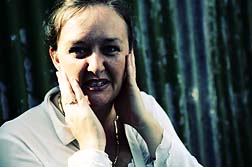 Tardive dyskinesia and Parkinson's are both classified as movement disorders and are linked to dopamine, which carries signals from the brain throughout the body and regulates bodily functions. Both conditions can result from the side effects of a medication. However, Parkinson's disease is more commonly linked to genetic causes, although head injuries and aluminum have also been cited as causes.

Both conditions are uncurable, but can be managed through medication.

Tardive dyskinesia has been linked to the use of Reglan (known generically as metoclopramide). Patients who have taken Reglan for more than three months and are suffering from symptoms associated with tardive dyskinesia should see a doctor.

More REGLAN News
Those who have taken Reglan and think they have Parkinson's disease could also benefit from speaking with a doctor. According to the Tardive Dyskinesia Center, Reglan has been linked to symptoms of Parkinson's disease. Some patients who had Parkinson's prior to taking Reglan say they noticed greater difficulty moving after taking the drug.

"I believe that taking Reglan has aggravated the Parkinson's," said Nancy W. (real name withheld) in an e-mail to LawyersandSettlements. "I have Parkinson's. Because of this, I have trouble digesting food. I was sent to a gastrologist who put me on Reglan. I was on it for eight months and decided to stop taking it because I noticed that my rigidity had gotten worse. I suffer from spasticity anyway and this medicine seemed to aggravate it."

Posted by
John myers
on March 17, 2020
My symptoms started at the age of 47. My fingers on my left hand were stiff and were difficult to move. People noticed that my walk was not normal. I was often asked did I hurt.I noticed nothing different about my walk. It was difficult getting up from a chair and getting out of a car. I was diagnosed a year later, it was the onset of tremors starting in my right hand that caused my other symptoms to be recognized as Parkinson's.I am now 59. With the new herbal medicine i purchase from totalcureherbalfoundation@gmail.com or totalcureherbalfoundation.blogspot.com was my only way to get fast relief from this PD,their herbal supplement effectively reverse my Parkinson's disease condition and alleviate all my symptoms.
Posted by
groane11@hotmail.com
on April 12, 2014
is serequel included in these issus/