Reglan Side Effects: "You Can't Stop Them"

Joan T. says she knows all too well about Reglan side effects after taking the medication for more than a year. A black box warning on the medication alerts patients to the link between Reglan and tardive dyskinesia, but there was no warning in place when Joan took the medication a few years ago. 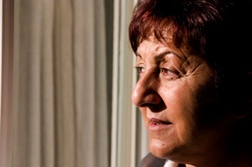 "I was having stomach pains and diarrhea, and the doctor thought it was irritable bowel syndrome," Joan says. "So he put me on Reglan. At first I had no problems with it. Then, all of a sudden, I had uncontrollable movements.

"I know a lot about medical issues because I used to work in the hospital as a transcriber. I just didn't think I had Parkinson's, so I started doing some research. I saw an ad about Reglan and I decided to look it up. What I saw was that in some people it can cause involuntary movements.

More REGLAN News
"It surprised me because I was on Reglan for more than a year with no problems. It didn't help with the IBS, but the involuntary movements didn't start until I was on Reglan for over a year. When they did, it was horrible. My arms would move, my head would drift side to side and my legs would move. It affected my day-to-day life because I didn't want to go anywhere. I mainly stayed in the house because I felt so self-conscious.

"After I learned about Reglan, I decided to stop taking it. Within a week, the movements stopped. You never saw somebody so happy as I was. I haven't had problems with the movements since then.

"It was so aggravating to not be able to control my movements. I wouldn't recommend Reglan to my worst enemy. It's horrible, having uncontrollable movements. You can try to hide them, but you can't stop them."