Having already paid out $650 million in settlement dollars over lawsuits in 2014, attorneys for the makers of dabigatran Pradaxa are busy attempting to escape a wrongful death lawsuit scheduled for December. It would be the first federal lawsuit over Pradaxa, set to commence next month. 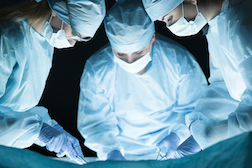 Boehringer Ingelheim Pharmaceutical Inc. is trying to shut it down before the trial begins, maintaining that warnings about Pradaxa bleeding and the potential for Pradaxa deaths were adequate.

Pradaxa was the first of two new-age anticoagulants that effectively thins blood in patients at risk for stroke and blood clots, purportedly without the need for the degree of stringent monitoring that is the bastion of Coumadin (warfarin), until recently the leading blood thinner.

The latter carries a unique benefit for doctors and healthcare professionals dealing with a serious bleeding issue: the capacity for the thinning properties of warfarin to be reversed with an infusion of Vitamin K.

Pradaxa, touted as a more convenient alternative to Coumadin, was brought to market without such an antidote in place. Pradaxa plaintiffs assert they didn’t know about this, and take Boehringer to task for bringing what is alleged to be a dangerous product to the market without benefit of any means (currently) to reverse its blood thinning properties.

The family of Zhensheng Liu notes in their Pradaxa side effects lawsuit that Zhensheng, a retired doctor, died in November 2012 from a fall that caused a bleeding event in his brain that doctors could not bring under control. Zhensheng had commenced taking Pradaxa in early 2011, within a few months of dabigatran becoming available following approval by the US Food and Drug Administration (FDA).

More PRADAXA News
Liu’s family continues to hold in their action – as do other Pradaxa lawsuits currently pending in state courts in Connecticut and Missouri– that warnings were inadequate, producing an affidavit from an expert witness criticizing Boehringer’s warnings.

Boehringer disagrees with that position, stating in its motion for summary judgement that the warmings for Pradaxa were very clear about the potential for excessive Pradaxa bleeding that could prove fatal. Boehringer also claims that warning labels properly spelled out that, at the time, there was no way to reverse a potentially fatal Pradaxa bleeding event.

Boehringer also asserts that claims brought forward by the plaintiffs, as well as the affidavit produced by the expert, were preempted by federal law.

The case is Liu et al. v. Boehringer Ingelheim Pharmaceuticals Inc. et al., Case No. 14-cv-13234-WGY, in the US District Court for the District of Massachusetts.