A federal judge in Pennsylvania ruled on Wednesday, October 1, 2008 that a lawsuit filed by the parents of a 16-year-old New Jersey boy who committed suicide while taking Paxil can proceed to a jury trial. In doing so, the Court denied the motion for summary judgment filed by Paxil manufacturer GlaxoSmithKline (GSK). 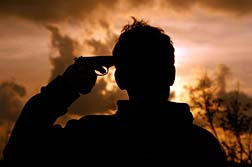 In their complaint, plaintiffs had contended that as early as 1998, GSK had known about the increased risks of suicide associated with its drug Paxil, yet had intentionally concealed these risks from the public and medical community. Jake Garrison had been prescribed Paxil in 2001 and committed suicide within three days of resuming his Paxil treatment. In 2005, several months after Jake's suicide, GSK placed the FDA mandated black-box warning on all Paxil labels to finally warn people regarding increased risk of suicidality in teenagers and young adults.

GSK had filed a motion for summary judgment on multiple grounds and had asked the Court to dismiss, among others, plaintiffs' claims for: fraud and negligent misrepresentation; off-label promotion; breach of express warranty; failure to warn claims under the New Jersey Products Liability Act; and punitive damages.

In its motion, GSK contended that they did not have a duty to warn, that the lack of warning did not cause Jake's suicide, and that Plaintiffs provided no evidence of fraud or off-label promotion. Judge Ronald L. Buckwalter rejected these arguments in a 61-page opinion and held that plaintiffs had presented sufficient evidence to proceed to a jury.

In rejecting the Defendants' various arguments, the court held:

"Defendant's arguments, however, offer a myopic view of the record and misconstrue the relevant jurisprudence. It is well-established that a plaintiff need not hear the misrepresentation from the defendant directly for there to be actionable fraud"

"Defendant cites to no law – nor can this Court find any case – that applies the New Jersey presumption of adequacy to use of a drug in an unapproved population. More importantly, it is contrary to all reasonable logic to adopt Defendant's suggestion that it may hide behind an FDA-approved warning regarding adult use of Paxil, when the FDA never had the opportunity, during the pertinent period, to review the propriety of a proposed warning with respect to pediatric use of Paxil."

"Moreover, the fact that, when given the crucial data, the FDA finally required Defendant to revise its label in October 2004, to reflect what Defendant possibly knew as of 1998, 'provides powerful evidence' that the label originally approved by the FDA, which contained no precautions or warnings regarding pediatric use, was inadequate, at least from 1998 forward."

"Finally, the Court takes note of the inherent hypocrisy in Defendant's argument. On one hand, Defendant contends that it had no duty to warn of known risks involved in off-label usage of the drug, whether or not it had reason to know of such off-label uses. On the other hand, it contends that once its drug was approved by the FDA for some indications, it was protected by the presumption of adequacy for FDA warnings for usage in all indications, even where the FDA had never considered the propriety of the warning. On a hypothetical third hand, it claims that any attempt to rebut the presumption by proof of nondisclosure is preempted by federal law, thereby making the presumption effectively unrebuttable. Applying such logic, a pharmaceutical manufacturer possessing information regarding hazards associated with off-label use of its drug would never have to warn the medical community of any off-label usage dangers or submit data regarding these dangers to the FDA. Such a result is contrary to New Jersey's 'strong interest in encouraging the manufacture and distribution of safe products for the public and, conversely, in deterring the manufacture and distribution of unsafe products within the state'..."

In allowing plaintiffs' punitive damages claims to proceed, the Court commented that:

"Beyond the evidence already discussed throughout this opinion showing that GSK knew of the risk of pediatric suicidality as of 1998, internal GSK documents suggest that Defendant acted with a wanton and willful disregard for the safety of its consumers."

Jake Garrison's parents and their counsel are very pleased with the Court's ruling. The opinion demonstrates a keen understanding of the underlying facts and applicable jurisprudence. The ruling further ensures that manufacturers who chose to engage in such deceptive conduct will have to account for their acts and face their victims in a jury trial as opposed to avoiding liability through summary disposition.

"As a result of Judge Buckwalter's decision, we fully expect to go to trial and prove that GSK knew both that Paxil was not effective to treat kids or adolescents and that it carried an unacceptable risk of inducing suicidality, yet failed to warn physicians," stated Ronald L. M. Goldman, the lead trial attorney on this case. "Such conduct has had tragic results, and in this case led to the senseless and needless suicide of a fine young man. After nearly eight years of suffering, Jake Garrison's family will finally have the opportunity to seek justice to ease the pain of their devastating loss."