GlaxoSmithKline, maker of Paxil and Avandia is reportedly set to pay approximately $3 billion to settle investigations into the company's marketing of certain drugs. Among allegations are that the company marketed drugs for unapproved uses and hid the risk of Paxil side effects. GlaxoSmithKline has faced many lawsuits in recent years regarding Paxil side effects, including lawsuits alleging Paxil birth defects. 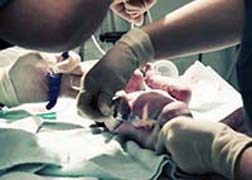 According to Bloomberg (11/03/11), negotiations regarding the settlement are not yet complete. Investigations into the company reportedly resulted in charges of off-label marketing (that is, marketing the drugs for uses not approved by the FDA) for several drugs and charges that the company defrauded the Medicaid program. According to reports, at least some of the investigation revolved around Paxil (Medical Marketing & Media; 11/07/11).

In 2010, GlaxoSmithKline reportedly paid more than $1 billion to settle lawsuits alleging infants who were exposed to Paxil prior to birth had an increased risk of birth defects than infants not exposed to the medication. Some Paxil birth defects lawsuits are still pending, although GlaxoSmithKline is reportedly in the process of settling those cases.

More PAXIL News
In 2009, both Pfizer and Eli Lilly settled with the US over allegations of off-label marketing of drugs. Pfizer agreed to pay $2.3 billion while Eli Lilly agreed to pay $1.4 billion. It is not illegal for doctors to prescribe medication such as Paxil for off-label uses. It is, however, illegal for companies to market medications for unapproved use.

Paxil birth defects lawsuits alleged that infants who were exposed to Paxil prior to birth were at an increased risk of side effects such as persistent pulmonary hypertension of the newborn (PPHN). Recent studies have also reportedly suggested a link between the use of selective serotonin reuptake inhibitors (SSRIs)—a class of antidepressant that includes Paxil—and an increased risk of autism spectrum disorder and other birth defects.

One study, published online in the Archives of General Psychiatry (07/11), found that mothers who used SSRI medications during the 12 months prior to delivery had around two times the risk of having a baby diagnosed with autism than mothers who did not use the antidepressants prior to delivery.