GlaxoSmithKline is the subject of more bad publicity after a researcher was allegedly found to have falsified data in trials about Paxil. Meanwhile, the drug maker faces lawsuits alleging newborns suffered Paxil Birth defects when they were exposed to Paxil prior to birth. 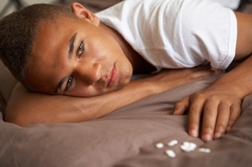 The psychiatrist who reportedly falsified clinical data, Dr. Maria Carmen Palazzo, was a clinical investigator on studies conducted by SmithKline Beecham (doing business as GlaxoSmithKline). According to CNBC on 8/20/10, Palazzo has now pleaded guilty to 15 counts of failing to prepare and maintain records with the intent to defraud and mislead.

Palazzo reportedly included children in a study that involved diagnoses the children did not have. Prosecutors claimed that Palazzo also reported symptoms that her study subjects did not exhibit. She was sentenced to 13 months in prison, which she is serving at the same time as an 87-month term for healthcare fraud.

According to BNET (08/19/10), Palazzo was charged after the Federal Drug Administration (FDA) accused her of enrolling children in studies of obsessive-compulsive disorder and major depressive disorder even though the children she studied did not have the proper diagnosis for inclusion in the study.

Lawsuits filed against GlaxoSmithKline allege the company did not adequately warn patients about the risk of birth defects, resulting in babies being born with serious health problems, including heart defects and persistent pulmonary hypertension of the newborn (PPHN).

More PAXIL News
GlaxoSmithKline reportedly settled a number of Paxil birth defect lawsuits, although the financial terms of the settlement were not disclosed. In announcing the settlement, the drug company said via e-mail that it "has reached agreement to settle certain cases involving the use of Paxil during pregnancy. The details of those settlements are confidential. Other cases remain pending."

It is currently not known how many cases were settled, for what amounts or how many cases are pending. Bloomberg reported on 7/20/10 that Paxil agreed to pay more than $1 billion to settle more than 800 lawsuits that alleged Paxil was responsible for birth defects. Bloomberg further noted that the settlement works out to approximately $1.2 million to families and leaves around 100 lawsuits pending.