Paxil Off-Label Use to Be Focus of Heart Defects Trial

Paxil manufacturer GlaxoSmithKline (Glaxo) faces hundreds of Paxil lawsuits alleging that the antidepressant causes birth defects. Next up at the plate is Delaney Novak, a little girl born on April 4, 2002 with heart defects. In June, her parents Laura and Derek will contend that misconduct on the part of Glaxo over safety warnings for Paxil caused Delaney's birth defects. 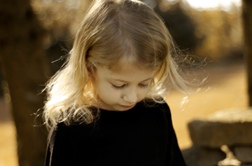 Investigative journalist Evelyn Pringle reported in the 3/17/10 issue of the Public Record that Laura Novak is a client of United Healthcare, which was contracted by Glaxo for a study investigating the potential for birth defects. Laura was part of a study that eventually resulted in the issuance of a warning letter in September 2005—three years after Delaney was born.

Also notable is the fact Paxil was never approved by the US Food and Drug Administration (FDA) for use with pregnant women in the first place. Thus, any prescriptions for Paxil written for use by pregnant women have occurred off-label. Doctors have the authority to engage in such practice, although it is illegal for manufacturers to actively promote or market drugs for off-label use. A doctor will not prescribe a drug for off-label use if the safety risks outweigh the potential benefits.

Laura Novak's doctor has said he never would have prescribed Paxil to his patient if he had been made aware of the safety concerns in 2000 or 2001. He further noted that there was no clear benefit to using Paxil that would have outweighed any risk of birth defects. He has not used Paxil in his practice since receiving a 'dear doctor' letter from the manufacturer in 2005.

Pringle reports in the Public Record that Dr. Dee Mangin is an expert witness in the Novak case and submitted a report in October of last year with regard to Glaxo's alleged off-label promotion of Paxil, about the same time that Laura became pregnant.

"GlaxoSmithKline from 2000 mounted a multifaceted and targeted national promotional campaign that employed explicit strategies designed to promote sales of Paxil in pregnant women and women of reproductive age," Dr. Mangin writes. "One of the known reasons that physicians change their prescribing behavior is as a response to the volume of evidence containing the same message that the physician is exposed to. The so-called 'Carpet Bombing' technique used in the Paxil campaign feeds directly into this."

An exhibit cited in the report from a "Paxil Tactical Marketing Plan in 2000" states: "New Paxil data with high media interest, hot flash, postpartum, depression, pregnancy, and lactation will position Paxil as the drug of choice for women."

More PAXIL News
"The strategies outlined where reprints about treatment of migraine with paroxetine, large numbers of form letters containing summaries of studies of use in headache were sent to physicians and detailing and providing free samples to physicians likely to treat women with migraine were therefore encouraging use of Paxil and exposure to its risks when in reality it is no more effective in this situation than a sugar pill," Dr. Mangin reports.

Encouragement "of unapproved use for migraine further attempted to expand the market beyond that which was medically justified and likely to lead to unnecessary exposure to the risks of Paxil," she continues. "None of the information from the medical records of the family or their statements on potential genetic, environmental and pharmaceutical causes of heart defects indicates any other factor more likely to have caused [Delaney's] condition than the Paxil exposure.

"It is clear that if the prescribing doctor had been informed of the risk of heart defects, Laura Novak would not have been exposed to Paxil."