It can be a tough pill to swallow when a class action overtime bonus lawsuit stems from an employee being shortchanged 23 cents. But that's what a major supplier of office merchandise is facing in a class action recently certified under California law and the Fair Labor Standards Act (FLSA). 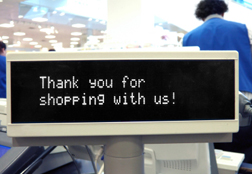 According to Leagle Inc., Provine v. Office Depot (No. C 11-00903 SI. United States District Court, Northern District of California) is based on the concept of bonuses provided to qualifying Office Depot employees. Workers at Office Depot are eligible for a $50 bonus based on good job performance and other criteria. There is only one bonus awarded each month, but there are many suitors—managers fill out nomination cards, then a random drawing is made once per month. The employee whose card is drawn is awarded a $50 bonus.

The issue here, and the foundation of the class action lawsuit, is the impact of the bonus on overtime pay, or lack thereof, in this case.

There are various bonus programs observed by companies and industry: a bonus on shift premium, for example. A bonus is usually discretionary and can vary in value. However, an important legal interpretation here is whether the Office Depot bonus is indeed, discretionary or not.

In Provine et al v. Office Depot Inc., the plaintiff filed his lawsuit alleging overtime rate violations based on the impact the bonus has on overtime computation. Under normal circumstances an employee qualifies for overtime pay after working a total of 40 hours in any given work week, factoring in meal and rest breaks. Thus, the employee earns one-and-one-half times his normal hourly rate after forty hours.

The issue here is the impact the $50 bonus payment has on the qualifying employee's regular rate of pay. In other words, any overtime calculated within a period that included the issuance of a $50 bonus, should rightly be based on an adjusted hourly rate to reflect the additional $50 factored over the course of a typical 40-hour week.

One writer, by way of example, suggested that an employee earning a regular rate of $20 per hour would, in fact, earn $$21.25 per hour for the week in which the bonus was issued. Thus, any overtime worked for the week should be based on a rate of $21.25, rather than $20.

More CALIFORNIA BONUS VIOLATION News
Office Depot argued that the bonus payments, issued under the 'Bravo' bonus program, were completely discretionary and therefore did not have to be reflected in overtime calculations. However, according to CCH Workday (7/18/12) a federal district court in California recently sided with the plaintiff, finding that because the award value is a constant and is known to all employees in advance, the bonus is therefore non-discretionary.

The lead plaintiff in the bonus on overtime pay lawsuit determined he had been shortchanged a total of 23 cents across two separate pay periods. The specific amount was not enough to deter the court, and the overtime bonus lawsuit can continue. The Office Depot Bravo bonus program has been active since 2007, with no fewer than 5,940 bonus cards (worth $50 each) handed out to qualifying employees over that time.

The plaintiff is an Office Depot employee from Antioch, not far from San Francisco. If proven in court, overtime bonus violations could cost the defendant millions.

If you or a loved one have suffered losses in this case, please click the link below and your complaint will be sent to an employment law lawyer who may evaluate your California Bonus Violation claim at no cost or obligation.
Request Legal Help Now