A potential negligence case has erupted from what was previously viewed as a good-news story when a freighter, overtaken and threatened by pirates, was freed in a dramatic rescue this past spring. The captain was deemed a hero—until a negligence lawsuit was filed against the Maersk Line. 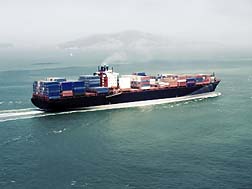 The Boston Globe carried an Associated Press (AP) report on December 3 that described Richard Phillips as experienced captain sailing the waters adjacent to the African Coast—an area reportedly known for pirate activity. Phillips was feted as a hero after Somali pirates boarded the Maersk Alabama in the Gulf of Eden, 380 miles off the African coast, and held Phillips temporarily captive.

However, records obtained by AP show that no fewer than seven warnings were issued to the Maersk Alabama regarding heightened risk of attack. Various maritime safety groups urged the freighter to remain at least 600 miles beyond the African coast.

Phillips appeared to ignore those warnings. A previous skipper of the Maersk Alabama suggested to AP that sailing beyond the 600-mile threshold would have consumed more fuel and added an extra day to the freighter's journey to Mombasa, Kenya.

The freighter was eventually boarded by pirates when Phillips ran the Maersk Alabama well inside the safe zone.

Now some of the crew members aboard the freighter are blaming Phillips for the incident. "He caused this, and we all know it,'' said chief engineer Mike Perry of Riverview, Florida. "All the Alabama crew knows about it.''

More NEGLIGENCE News
"If you go to the grocery store and eight people get mugged on that street, wouldn't you go a different way?'' added the ship's navigator, Ken Quinn of Tampa.

Of the 20-member crew, four have found fault with the captain. One is a participant in a lawsuit against Maersk Line Ltd. alleging the company was negligent in sending the ship into treacherous waters without more protection.

Captain Shane Murphy of Plymouth, who was second-in-command during the siege, defended Phillips. "If he was warned to stay off a certain distance and he stayed closer, I'm sure he thought he had a reason for doing it and felt like he was justified in it.''

Phillips, contacted at his home, offered no comments to AP.

The warnings were obtained from an unnamed crew member and were not released officially.