The bank credited with writing the very first mortgage in America has also joined the ranks of those suffering huge losses thanks to the nation's credit crisis. In so doing, National City Bank may have breached its fiduciary duties surrounding prudent management of National City 401(k) retirement Plans.

According to provisions contained in the Employees Retirement Income Savings Act of 1974, corporations charged with the prudent management of retirement funds and 401(k) plans have a responsibility to prudently manage those funds and plans in the best interests of fund, and plan holders.

A breach may have occurred if the fiduciaries failed to manage the assets of the Plan prudently and loyally by investing the assets in Company stock when it was no longer a prudent investment for participants' retirement savings. 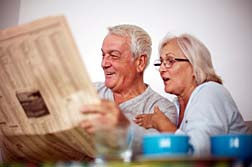 According to information provided by Wikipedia, National City Bank was founded on May 17, 1845 after a group of Cleveland businessmen pooled $50,000 (a huge sum at the time) to form the City Bank of Cleveland, the first bank opened under the Ohio Bank Act of 1845.

National City ranked as high as 188 on the Fortune 500 list in 2007, and ranked 9th in terms of revenue for the commercial banking industry.

However, 2007 will not be viewed as a productive year after National City, like many before it, announced a sizeable loss for the fourth quarter of 2007. The nation's credit crunch, and housing market slide (read: mortgage defaults) cost National City Bank $333 million, or 53 cents per share.

A year ago National City Bank was reporting a profit of $842 million, or $1.36 per share. The stellar performance of 2006 was partly fuelled by the sale of National City's First Franklin mortgage business, which netted a gain of $622 million, or an even $1 per share.

In comparison, the end result for 2007 is a stunning reversal of fortune.

It may be equally stunning for holders of National City savings plans, who may have lost ground in tandem with the fortunes of the bank, were the managers and administrators of the funds, and 401(k) plans found to have acted imprudently by investing Plan assets in National City stock, given the bank's exposure to the mortgage meltdown.

Investors rely on the skill, and intuitiveness of the corporation's fund and plan managers to administer the funds with the best interests of investors at heart. After all, it is not the corporation's money, but the investor's money that funds administrators are charged with managing prudently.

With the trend moving away from traditional pension plans, it behooves the individual to undertake serious planning, and investing in an effort to adequately fund retirement years.

The ERISA provisions of 1974 afford retirement savings plan owners and investors some recourse, if their investments have been put at risk by the imprudent management of funds, and a subsequent breach in fiduciary duty.

If you have suffered a National City Bank ERISA stock loss, please contact an [ERISA Lawyer] who will review your case at no cost or obligation.
Request Legal Help Now