When Merck dragged its feet for 21 months before releasing the ENHANCE study shaming Vytorin, the manufacturer allegedly did more than delay the bad news: it may have also delayed the returns, and derailed the retirement plans of thousands of investors unaware of a ticking time bomb. But Merck knew, and in so doing may have breached its fiduciary duty to investors under ERISA guidelines. 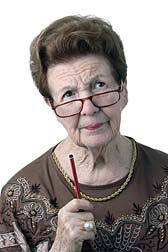 It's common knowledge by now that Vytorin, the so called cholesterol-fighting drug, has been deemed no more effective in mitigating the build-up of plaque on arterial walls than cheaper generics, including older statins. That conclusion, revealed by the ENHANCE study, was reached as early as April 2006 when the study data became available. However, for reasons known only to them, Merck and Schering-Plough delayed the release of the study, while continuing to heavily promote Vytorin in television and print in a market awash with Americans battling high cholesterol levels.

Last fall it was announced that the ENHANCE study results would be released in March of this year, nearly two years after the fact. However, when congressional leaders urged the manufacturers to end the delay and get on with it, Merck and Schering-Plough finally released a summary early in the New Year, with a full report coming several weeks later.

The news, of course, was devastating to all who assumed, or were led to believe that Vytorin was the gold standard (with a price to match) for cholesterol control.

And not just for those taking Vytorin to hold their levels of LDL cholesterol in check, either. On the investment side, huge sums were directed towards Merck, reflecting the prevailing opinion that the company, by virtue of its product, was worthy of such confidence. Investment products included various employee savings plans, stock purchase plans and 401(k) plans, as well as the Merck Common Stock Fund.

For almost two years, investors poured money into the company, fuelled by what we now know as empty confidence in a product that the manufacturer must have known would be vilified once the ENHANCE study was released and the results realized.

And that's exactly what happened. Stock value is reported to have dropped to 12-year lows on the news, and Merck has said that it expects income from its joint venture with Schering-Plough to drop by $700 million in 2008.

Could the dynamic duo have seen this coming? Critics allege just that, noting that even with the ENHANCE revelations ramping up throughout the first few months of the year, sales of Vytorin and Zetia (which, combined with Merck's Zocor creates Vytorin) climbed 6 percent to reach $1.2 billion worldwide. Individually, Zetia was up seven percent to $582 million, while Vytorin grew four percent to $651 million when compared with the same period a year ago. Merck's take on the joint venture for the first quarter of 2008 was $393 million.

However, the betting is that's all about to change, as the revelations over Vytorin reverberate throughout the globe. In late March, editors of the Journal of the America Medical Association (JAMA) joined prominent cardiologists in recommending that Vytorin be prescribed only for patients who have not responded well to other cholesterol drugs. Upon that news, shares of Merck were kicked hard.

Had Merck and Schering-Plough released the findings of ENHANCE when they were available in April of 2006, the shrinkage of Vytorin's performance and the hit to profits would have happened two years earlier. However, critics allege that the manufacturers stalled the report as long as they could, to protect sales and only released the preliminary summary in January, because Congress chased them for it.

All the while, investors were happily putting their greenbacks into an entity that they believed was a sure bet. Meantime, Merck is accused of failing in its fiduciary duties to its investors by withholding the negative performance of Vytorin. A further allegation is that they feared stock prices would take a hit when the news finally broke, thus affecting their investors negatively, but elected instead to keep quiet and continue marketing Vytorin aggressively until they were no longer able to do so.

The company has denied that allegation.

Meanwhile, in a more recent development, the manufacturers are under suspicion with regard to a document stemming from a meeting in November of medical experts called to discuss Vytorin. At the time, panelists were told that no minutes, or transcripts would be taken from the meeting. However, minutes were indeed generated, but in December—a month after the fact and the contents, according to one who was there, do not accurately reflect what was discussed.

James Stein, a professor from the University of Wisconsin, reportedly noted in an email, "I still have a hard time calling this document 'minutes'...They are at best an incomplete summary of what transpired at the meeting."

Prior to the release of the ENHANCE study, Merck is alleged to have attempted to change the endpoint, or goal of the study, in an effort to derive more favorable results. The so-called minutes of the November 16th 2007 meeting suggest that panelists unanimously recommended making that change, but "this really overstates our recommendation," writes Stein. "It was the decision of the company to change the endpoint."

It has been reported that Merck scientists gave the company permission to change the endpoint in late November, but the company subsequently decided against doing so. Merck has since claimed that in addition to all of the panel members approving its version of the meeting, the company says that panelists agreed that THEY proposed the change to the endpoint, and not the company.

Meanwhile John Dingell, Chair of the House Energy and Commerce Committee, said in a statement "our investigation has uncovered some unusual circumstances which has raised new questions for Merck and Schering-Plough about why the companies waited so long to release study results."

One possibility is the $5.1 billion the two companies made from the Vytorin/Zetia combo worldwide in 2007. Investors who poured money into Merck for the period during which Merck sat on ENHANCE, and have since incurred massive losses, would be well-advised to keep that figure in mind when deciding whether or not to pursue compensation for losses due to a potential breach of fiduciary duty.

A proposed class action lawsuit has been filed in US District Court for the District of New Jersey, and you may wish to be a part of it. If you have lost a good deal of your retirement savings, you may need to.

Posted by
ELAINE HAYES
on December 3, 2011
It a shame when you trust these Job to do the right thing with your money your stock and your 401k and they are still doing the same things for year and we will never see that money they took from us over the year we work from them.