Plaintiffs in a recent Massachusetts employment law collective action have asked a federal judge in Massachusetts to approve a settlement worth $2.9 million that would settle claims of improper classification allegedly costing employees overtime pay. 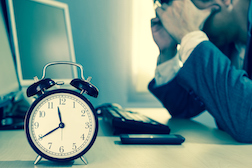 Massachusetts labor law – together with the Fair Labor Standards Act, a federal statute – holds that employees are paid overtime for any time worked beyond eight hours in any given day, or 40 hours in any given week. Salaried employees, or those in management having attained a certain level of income, are often exempt from overtime. However plaintiffs in the collective action accuse defendant A.C. Moore Arts & Crafts Inc. (Moore) of denying their employees overtime as earned by improperly classifying assistant regional managers as overtime exempt when in fact, the plaintiffs claim, they were lawfully entitled to overtime pay.

Lead plaintiffs in the collective action are Jeremy Rossmeisl and Guy Lauture. In January of last year, attorneys for the plaintiffs made the first overtures to the defendant by advancing the claim. After those allegations had been communicated to Moore, both parties agreed to a round of pre-litigation discussions in order to best determine if settlement discussions warranted further dialogue.

A year and a month later – in February of this year – the Massachusetts employment lawsuit was filed in US District Court for the District of Massachusetts. It wasn’t long before a proposed settlement was reached with the art, craft and floral retail chain.

“The settlement, which followed a thorough investigation and mediation with a former federal magistrate judge, Hon. Diane Welsh, satisfies the criteria for approval of a Fair Labor Standards Act collective action settlement because it resolves a bona-fide dispute, was reached after in-depth investigation and review of significant documentary evidence and payroll data, was the result of arm’s-length settlement negotiations assisted by a private mediator and between experienced counsel and provides good value to the workers it will benefit,” the filing reads.

More MASSACHUSETTS EMPLOYMENT LAW News
“The settlement was the result of extensive pre-suit investigation, discovery and substantial arm’s-length negotiations,” the plaintiffs continued. “Recognizing the uncertain legal and factual issues involved, the parties reached the settlement pending before the court after private mediation before an experienced mediator.”

Eligible settlement class members are any current, and former assistant regional managers employed by the company between February 8 of 2011 and November 27, 2016 in Maine and New York – and between February 8, 2014 and November 27, 2016 in all other states. The plaintiffs sought overtime wages, attorneys’ fees and costs, interest and liquidated damages.

If you or a loved one have suffered losses in this case, please click the link below and your complaint will be sent to an employment law lawyer who may evaluate your Massachusetts Employment Law claim at no cost or obligation.
Request Legal Help Now