For some reason, the US Food and Drug Administration (FDA) felt that the benefits of using Ketek outweighed the risks, even though those risks include liver failure and possible death.

The FDA approved the drug to treat mild sinus infections - infections that usually clear up on their own in a few days. Ketek was approved even though there were already effective drugs on the market and despite dubious data in the drug's safety study. Now, lawsuits are being filed against the maker of Ketek for failing to warn the public about the serious risks associated with Ketek. 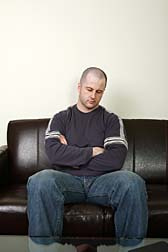 Lawsuits were filed earlier this year alleging that Ketek was responsible for liver failure in some patients. The first personal injury lawsuit was filed by a veteran of the 1990 Gulf War and the war in Iraq. According to the lawsuit, the plaintiff, Sergeant Charles Gregg, was given Ketek to treat his bronchitis. Five days after taking Ketek, Sgt. Gregg suffered liver failure that resulted in permanent liver damage because of drug-induced hepatitis.

The lawsuit alleges that that as early as January 2006, Ketek sold in Europe came with a warning about the risk of liver failure. However, the warning was not included on American packaging until over a year later. Ketek now comes with a black box warning, but that warning comes too late for those who took the drug and suffered serious liver failure.

One of the FDA's officials, Dr. Rosemary Johann-Liang, who worked in the Office of Drug Safety at the FDA, expressed her concern that the benefits of Ketek did not outweigh the risk of serious injury in a memorandum made public by The New York Times. "How does one justify balancing the risk of fatal liver failure against one day less of ear pain?" she wrote.

Her concern was certainly valid. After all, Ketek was approved to treat relatively minor illnesses, yet it caused 12 cases of liver failure, including four deaths, and 23 other cases of serious liver injury. By April 2006, the FDA received reports of 110 cases of liver problems associated with Ketek. According to The New York Times, one of those cases was a 49-year-old woman who took only two doses before experiencing vomiting and nausea. Five days later she was hospitalized and died.

More News
Even as those reports came in, Sanofi-Aventis was looking to study the effects of Ketek on children, despite its unusual toxicity in adults. Dr. Johann-Liang also expressed her concerns about this, asking how Sanofi-Aventis planned to assess whether infants experienced blurred vision, a known side effect, while taking Ketek.

People who have a history of liver disease have been warned not to take Ketek. However, reports of earlier incidents of patients who experienced liver failure indicate that those people were fairly healthy, with no known risk factors for liver failure. So how effective this warning will be is questionable.

Patients who take Ketek should watch for signs of liver problems. Symptoms of a liver problem include unexplained itching, abdominal pain, nausea, vomiting, yellowing of skin or eyes, or unusually dark urine. Additionally, Ketek has been linked to blurred vision and loss of consciousness.