The doctor involved in the Ketek trial has been charged for her actions and sentenced to 57 months in prison after pleading guilty to one count of mail fraud. She enrolled 400 patients into the study, more than any other doctor. At the rate Sanofi-Aventis offered per patient, $400, that was a lot of extra income. Her illegal actions allegedly included forging consent forms and faking data.

A third-party, one that was contracted to oversee Ketek's safety trials, noted irregularities in the doctor's data and had a teleconference with Sanofi-Aventis to inform company officials of the irregularities. However, the drug-maker took no immediate action in the incident. 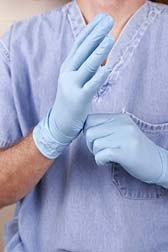 Meanwhile the FDA sent its own officials to top-enrolling doctor's offices. In all, the FDA investigators visited ten high-enrolling offices and found serious problems at each office. Despite this, FDA officials told scientists not to inform an advisory panel, one that would recommend whether or not the FDA should approve Ketek, about their concern regarding the validity of Ketek's safety information.

All of this occurred after Ketek was rejected by the FDA. In 2001, Sanofi-Aventis filed for approval but the FDA turned the company down saying that it required additional safety information before it could approve the drug. And yet, despite requesting further safety information and receiving data from a study filled with misinformation, the FDA ultimately approved Ketek for patient use.

Dr. Ross, as quoted in the St. Petersburg Times, noted that Ketek was used for illnesses that often clear up on their own over time. "This was not a drug that anybody thought was necessary in terms of public health," he said. "But it was important for the company financially."

More News
In March 2007 Sanofi-Aventis issued a Dear Healthcare Professional letter advising physicians about new warnings and labels for Ketek. Included in the warnings were "visual disturbances," including "blurred vision, difficulty focusing, and diplopia." Also included in the new warnings was "loss of consciousness," "including some cases associated with vagal syndrome."

Ketek is known generically as telithromycin and was approved by the FDA in 2004. It was initially approved to treat acute bacterial exacerbation of bronchitis and acute bacterial sinusitis. However, it is no longer approved for those conditions and is now only approved to treat community-acquired pneumonia (that is, pneumonia acquired outside of a hospital) of mild to moderate severity. Ketek also now carries a black box warning about potentially deadly side effects including liver failure and aggravation of myasthenia gravis.