The recent arrival of new chief executive officer Pete Yonkman at medical device manufacturer Cook Group Inc. provides a renewed platform for debate with regard to IVC filter lawsuits and where litigation fits in with the recently installed CEO’s list of priorities. The inferior vena cava filter is a medical device that is implanted in the area by which the device is identified, the inferior vena cava, which returns blood from the lower body to the heart. 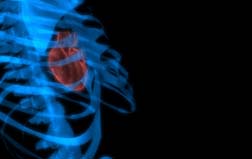 Various IVC lawsuits have taken a handful of manufacturers to task for making and marketing inferior vena cava filters that are - well - inferior. The devices have been known to break apart, migrate away from the original implantation zone or penetrate the blood vessel wall.

Those manufacturers include C.R. Bard Inc. (Bard), which manufactures the Bard IVC filter. But the Cook filters have proven quite problematic in their own right for patients. One study referenced by the Indianapolis Business Journal put the failure rate for the Cook IVC filters at 100 percent when implanted for 2.5 months or longer. The failures have for some patients resulted in organ damage and required various medical procedures to remove them.

So far, there are about 100 IVC filter lawsuits pending against Cook alone. Other lawsuits have targeted the Bard G2 IVC filter. But for Yonkman, the Cook lawsuits remain the headache he would like to resolve. Beginning in 2012, the lawsuits have since been consolidated in federal court at Indianapolis.

A potentially unnerving factoid is that some 200,000 IVC filters from various manufacturers are implanted in patients each year. The market for the inferior vena cava filter, given the aging American population, is expected to grow to $435 million by 2016, according to analysis data released by market research firm Axis Research Mind last year.

Here’s the thing: IVC filters are normally implanted to provide a temporary hedge against a potentially fatal pulmonary embolism, which is a blood clot that moves into the lung. The IVC filter - the Bard G2 filter among them - is in reality a blood clot filter that helps to break up a potential blood clot before it has a chance to move up to the lungs and do lasting if not fatal damage.

The concern, according to various pundits and commentators close to the issue, note that most IVC filters are not removed after the fact. Thus a majority of Americans retain the filters. What’s more, according to an attorney quoted by the Indianapolis Business Journal, many IVC filter patients have no symptoms when an inferior vena cava filter migrates away from its primary insertion point.

“There are probably tens of thousands of people that are walking around with a perforated vena cava and have absolutely no idea,” says Ben Martin, an attorney practicing in Dallas.
“You’ve got a massive public health risk in the United States.”

More IVC FILTER News
A troubling observation that affects all medical device manufacturers is an analysis by the US Food and Drug Administration (FDA) last year that noted recalls of medical devices nearly doubled in the US in the nine years ending in 2012. What’s more, in 2011 the FDA noted a report released that year by McKinsey that patients experiencing a serious health issue or injury due to a failed medical device nearly quadrupled from 2001 through 2009 - with failures growing at a rate eight percent faster every year than corresponding sales of medical devices.

“Indeed, the risk that a major quality event will cause serious, long-term value destruction is high and rising,” wrote McKinsey consultants Ted Fuhr, Katy George and Janice Pai in their report.

Posted by
Jill Riberts
on August 13, 2015
How can I find out if my Tulip Filter installed in 2009 my have migrated from its original position?