It's been more than a year since NBC aired a report about inferior vena cava (IVC) filters suggesting some filters have a high breakage rate. Since that time, IVC filter lawsuits have continued to grow. As more people file IVC filter lawsuits and more lawsuits are added to the IVC multidistrict litigations, plaintiffs await the start of the bellwether trials, to get an idea of how the courts will decide the issues. Bellwether trials are expected in 2017 and in the meantime, more lawsuits continue to be filed. 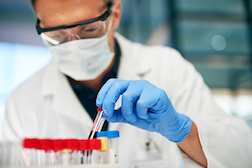 IVC filters are implanted in patients who are at risk of pulmonary embolism but who for whatever reason cannot take anticoagulant medications. The filters are designed to trap blood clots before they can reach the patient's lungs. Some patients, however, have reportedly suffered serious adverse events when the filters have allegedly broken and perforated major blood vessels or other tissues.

Concern about the filters is high enough that both Health Canada and the US Food and Drug Administration (FDA) have issued warnings about the devices. The FDA issued a Safety Communication in August 2010, warning that it had received more than 900 reports of issues with the devices. On July 25, 2016, Health Canada issued a warning of its own, noting it received more than 120 reports of serious complications—including death, cardiac perforation, and filter fracture.

More IVC FILTER News
Both Health Canada and the FDA warn that retrievable filters should be removed as soon as the risk of pulmonary embolism has passed. But in some cases, device fracture or migration has allegedly made the filter almost impossible to remove, putting the patient at even greater risk of serious injury or death. For patients who cannot take anticoagulants, however, the filters are considered a life-saving alternative.

Lawsuits have been filed in both the US and Canada against the makers of IVC filters, alleging the makers knew or should have known about the risks associated with their devices but failed to warn the public or health care professionals. Meanwhile, both sides wait for the start of the bellwether trials, so they can see what evidence the other side has prepared and get an idea of how the courts will rule in the cases.