All eyes will be on the IVC filter file in a couple of weeks when the first IVC filter recall lawsuits go to trial as bellwether cases in September. While there are various manufacturers faced with pending litigation, Cook Medical is the first manufacturer to go to trial after attempts at settling cases out of court proved unsuccessful. 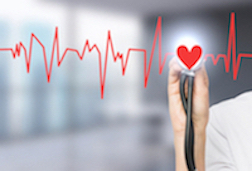 Various manufacturers came to the table with devices including Cook Medical and C.R. Bard, makers of the Bard G2 IVC filter. The US Food and Drug Administration (FDA) approved the devices as a temporary response to prevent blood clot migration in patients who could not tolerate blood thinners. However, IVC filters were meant to be retrieved once danger of blood clot migration had passed.

In reality, the majority of retrievable IVC filters are not successfully retrieved. What’s more, struts have been found to break away and migrate along the inferior vena cava, impacting aortic walls or vital organs such as the heart. In some patients the complete device has detached from its insertion point and migrated to the heart, or other vital organs.

The Bard G2 filter was introduced as an update to a more problematic predecessor. However, the G2 proved to have just as many problems as the device it was meant to replace. Bard IVC filter bellwether trials are set to begin in mid-2017 once the trial selection process is complete in January, or February of next year.

As Cook Medical bellwether trials are to begin first, the outcome could set the tone for C.R. Bard bellwether trials next year. Plaintiffs claim that problems with IVC filters during their testing and development were hidden, critics silenced, and that ongoing problems with IVC filters were suppressed even after they attained market status. Critics of C.R. Bard note that the manufacturer continued to vend its original IVC filter without initiating an IVC filter recall for some years before coming out with the Bard G2 filter.

More IVC FILTER News
Meanwhile, the FDA is on record as having received no fewer than 921 reports of device failure of IVC filters. Of these reports, compiled within a five-year period between 2005 and 2010, 328 involved device migration, 146 involved embolizations (detachment of device components), 70 involved perforation of the inferior vena cava wall, and 56 involved filter fractures.

The FDA, in 2010, released its first safety communication warning patients, doctors and the healthcare community that IVC filters could cause severe and life-threatening side effects. While IVC filters are still considered effective in the face of severe risk of grievous health issues from blood clot migration, they are quickly becoming viewed as an option of last resort when other options, such as blood thinners, are inappropriate.

Posted by
Helen sampey
on September 29, 2016
I had an Ivc filter placed 6 years ago which blocked leaving me in excruciating pain and unable to walk for months only then to be told it had solidified and nothing can be done. I then find they put a permanent filter in me which cannot be removed. The Ivc no longer works and I grew small pelvic collateral veins. The legs of the filter have now come out of the vein one is close to my bowel one next to aeorta in stomach and two lodged in my spine. It has left me disabled in constant pain and short of breath along with severe phsyco logical effects. I contacted a lawyer and this case has been going on 6 yrs although 2 yrs ago the hospital admitted to wrong doing. How long do the cases go on for and does this seem right? I just want it all finished and I've no idea how much compensation I will be entitled to. I am in the uk. Thanks