For some time now we have been writing about the IVC filter, its role in helping to prevent blood clots and the risks associated with device migration, or the failure of thin, metallic struts that can drift along the inferior vena cava and approach, or even penetrate vital organs, including the heart. 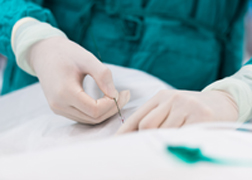 But what is the inferior vena cava, anyway? And why is it inferior?

However, as you have read previously there have, and continue to be problems with IVC filters, which have been known to migrate from its initial insertion point and travel to the heart. Struts have been known to break off and undertake a similar migration to the heart, where the small, sharp struts have punctured the heart or become imbedded in tissue, providing a grievous and ongoing health threat to the patient.

The Bard IVC filter has become the flashpoint for the issue. C.R. Bard is alleged to have known about problems with its original retrievable filter, but failed to undertake a recall and sat on the concern for some time before releasing what was purported to be an improvement over the original, problematic filter. However, critics have been suggesting that the Bard G2 IVC filter - the new and improved version - turned out to be not much better than the filter it was meant to replace. Many an IVC filter lawsuit has targeted C.R. Bard.

More IVC FILTER News
But there are others. A woman from Kentucky has launched an IVC filter lawsuit against Cook Medical, alleging chronic pain stemming from her Cook Celect Vena Cava Filter. The plaintiff notes in her lawsuit that she was hospitalized for deep vein thrombosis (DVT) in her right leg in February, 2013 and outfitted with an IVC filter from Cook Medical. She was readmitted to hospital in July, 2015 with chronic back and abdominal pain.

Following an angiogram, it was determined that a new clot had formed, but that the Celect IVC filter had tilted, contributing to the formation of DVT in her left leg.

The proposed class action IVC lawsuit is Olenda Homes v. Cook Medical, Inc. et al, Case No. 5:16-cv-00066-GNS, filed May 6, 2016 in the US District Court for the Western District of Kentucky.

IVC filter plaintiffs with Cook Medical, C.R. Bard and other manufacturers in their sights, allege defective products. The majority of retrievable filters, designed to temporarily ward against blood clots and then removed once the danger has passed, cannot be retrieved successfully, posing a continuing health risk to patients.