IVC Filter Lawsuits; Where Does the Fault Lie?

As more lawsuits are filed against the makers of IVC filters alleging patients were harmed by the use of defective medical devices, some experts question whether the fault lies with the device manufacturers or with the physicians and patients who fail to follow up on their surgeries. Hundreds of lawsuits have been filed, alleging the devices have fractured or migrated, causing serious internal damage to some patients. But while plaintiffs blame the device manufacturers, some experts say the devices have been left in too long, increasing the risk of serious complications. 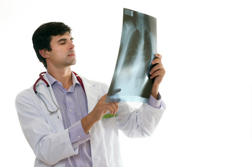 The issue is with retrievable inferior vena cava filters. Inferior vena cava (IVC) filters are implanted in patients who are at risk for a blood clot in the lungs when anticoagulant medication is ineffective or otherwise cannot be used. This might occur, for example, when the risk of a pulmonary embolism is short-term, possibly due to a surgery or other physical trauma.

In such cases, an IVC filter is implanted to trap blood clots and prevent them from making their way to the patient’s lungs. The filter is designed with struts (similar to legs) whose function it is to trap the blood clot. Because they are designed to mitigate the short-term risk of blood clots, retrievable filters are not designed for permanent implantation. According to an FDA Safety Communication, the longer a retrievable filter is implanted, the higher the likelihood of a serious complication.

In other words, patients and physicians should follow up to assess whether the risk of pulmonary embolism remains and, if it does not, the retrievable filter should be removed.

Between the two MDLs currently underway regarding IVC filters (involving Bard and Cook Medical), there are more than 1,100 lawsuits consolidated for pretrial proceedings. Those lawsuits allege that it was faulty device design and/or a defective device that is to blame for patients suffering severe internal injuries.

A 2015 report from NBC News notes that 27 deaths and 300 non-fatal complications have been linked to Bard Recovery IVC filters. Critics allege Bard - maker of the Recovery - knew about the risk of complications but continued selling the device.

Although supporters of the device suggest it shouldn’t be left in longer than six months, Dodi Froehlich - highlighted in the NBC report - developed complications only four months after her filter was implanted. Gloria Adams, also highlighted by NBC, reportedly died a week after her filter was implanted, when a blood clot apparently pushed the entire filter into her heart.

Plaintiffs say the problem is not with them or with their doctors, it’s with devices that are prone to breaking too early, sometimes with fatal consequences.