As the number of IVC filter lawsuits continues to climb, a two-part investigation by NBC Nightly News in September of last year continues to be the preeminent touchstone for the consumer on what the inferior vena cava filter is, its role in preventing blood clots and its risks due to filter migration. 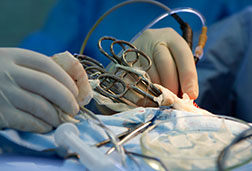 As revealed on the evening of September 2, 2015, NBC had linked no fewer than 27 deaths and in excess of 300 injuries to failures associated with the Recovery IVC filter manufactured by C.R. Bard following an investigation that lasted a year.

And C.R. Bard is not the only manufacturer of IVC filters under the microscope. Devices manufactured and marketed by Cook Medical have also come under scrutiny, and the number of lawsuits consolidated in multidistrict litigation against Cook Medical are on the rise, with 384 cases attached to MDL 2570 as of April 26, up from 343 cases 11 days prior (MDL 2570, IN RE: Cook Medical, Inc., IVC Filters Marketing, Sales Practices and Products Liability Litigation). It is presumed the caseload for MDL 2641, which consolidates all Bard IVC filter lawsuits, is rising at an equal or faster rate.

As the pretrial activities continue in the C.R. Bard MDL (IN RE: Bard IVC Filters Products Liability Litigation, No. MDL 15-2641), the US District Court for the District of Arizona is looking at June 15 as the next date for discussions and potential agreements on various topics, while the Cook Medical MDL has advanced to the point where bellwether trials are expected to be heard this year.

The inferior vena cava is the largest vein in the body, tasked with moving de-oxygenated blood from the lower legs to the heart, followed by the lungs. As people age and risk for blood clot increases, doctors will prescribe either anticoagulants to thin the blood or IVC filters if patients are not capable of tolerating blood thinners.

Of the two types of inferior vena cava filters (permanent and temporary), the retrievable device is thought to pose the most risk given the likelihood that a successful retrieval is doubtful. The US Food and Drug Administration (FDA) recommended in 2014 that retrievable IVC filters should not be left in the body longer than the 54th day after the risk for pulmonary embolism (blood clot) had ceased.

And yet, a study looking at the failure rate of IVC filters published in JAMA in 2013 found that only 58 of 679 retrievable IVC filters in study participants were successfully retrieved.

The IVC filter is a spider-like medical device that is inserted into the inferior vena cava and is designed to entrap a blood clot and “catch it” before the clot migrates to the heart and lungs. Various IVC filter lawsuits and adverse event reports, however, reveal that retrievable filters are prone to migrate from the original insertion point, traveling along the inferior vena cava and coming dangerously close to, or even directly impacting, organ tissue.

In 2010, the FDA noted no fewer than 921 reports in its database in the five-year period ending in 2010. Adverse events include device failure and fracture, perforation, and migration of the IVC filter. Of those adverse events, the majority - at 35 percent - involved device migration.

The NBC News investigation told the story of Dodi Froehlich, who suffered grievous health issues after a piece of her C.R. Bard Recovery IVC filter broke off, migrated along the inferior vena cava and pierced her heart. Doctors were able to remove the broken strut from her heart and repair the damage during emergency surgery.

In its report, NBC cited independent studies commissioned by C.R. Bard that suggested IVC filters manufactured by C.R. Bard were more prone to failure than all its competitors (10 other manufacturers). And yet it is alleged that when Bard became aware of problems with its inferior vena cava filter, it did not issue an IVC filter recall but instead continued to sell the problematic IVC filter for three years before issuing a re-designed filter that has since been identified by observers in the health care field as having few advantages over the original design.

More IVC FILTER News
NBC also uncovered various anomalies in the approval process involving the Bard Recovery IVC filter, including a former insider at C.R. Bard who claimed to have serious reservations about the Bard Recovery filter, but whose concerns were ignored. NBC reported at the time that the insider’s signature was alleged to have been forged on a pivotal document submitted to the FDA.

Bard issued a statement that the Bard Recovery filter was approved according to all standard protocols and procedures. And yet NBC News quoted Dr. Rita Redberg, a cardiologist and editor with the medical journal JAMA, who revealed that in her view the system is flawed - and that the FDA is unable to ensure that medical devices are safe, when approved.