Information technology (IT) workers recently filed a class action against high-tech giant Universal Music Group claiming that the company wrongfully denied them overtime pay and other benefits. In the action, filed this month in the Los Angeles County Superior Court, the computer and network support employees claim that the company improperly categorized them as exempt from overtime entitlement, and thereby avoided paying them proper overtime wages and providing them proper meal breaks.

Under the Fair Labor Standards Act (FLSA), employers must pay overtime wages to employees who work more than 40 hours per week. But some employees, primarily management employees, are exempt from this provision. 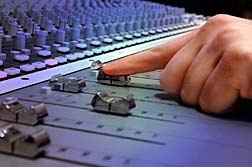 California companies to not have to pay IT workers overtime pay if they make more than $41 an hour and engage in advanced work that is creative or intellectual in nature. The Universal Music Group employees, who are employed primarily in computer network support, say that their jobs don't meet the criteria for exemption. They say they are not management employees.

The claim in the class action is for back wages, as well as for civil penalties under California's recently enacted Private Attorney General Act. The claim states that 75% of any such civil penalties recovered—which could amount to hundreds of thousands of dollars—would be paid to the Labor and Workforce Development Agency, the state agency charged with enforcing California Labor laws.

Overtime cases have been popping up regularly in the high-tech industry in recent months. Many IT workers put in long hours to meet project deadlines. It is reported that 16-hour work days, on a regular basis, are commonplace in the industry. The challenge of reconciling long work hours with a reasonable quality of life has been a chronic difficulty for many IT workers.

More News
In September, 2006, Business Week published an article called Worst Jobs with the Best Pay. Not surprisingly, IT workers made the list, along with embalmers, podiatrists, long-haul truckers, sewer inspectors and gastroenterologists. The article went on to say that one 2006 survey called IT the most stressful profession of all, with four out of five IT workers saying they felt stressed before they even got to the office, just thinking about spending another day on the phone with laymen, explaining where to find their computers' off buttons.

IT workers have made the news in recent months with a growing list of class actions over unpaid overtime. IT workers have filed lawsuits against Sun Microsystems and Electric Arts. In November, 2006, IBM paid $65 million to settle a suit by 32,000 IT workers, although the company denied any legal liability to pay overtime wages.

IT workers taking their employers to court successfully will not only recover substantial compensation for past work—they will establish a right to overtime pay and other benefits in the future for themselves and their colleagues.