Ball Aerospace and Technologies Inc., a Broomfield, CO-based aerospace defense contractor, reached agreement with the U.S. Department of Labor last month to pay $976,327 in back pay it owes to 904 employees for IT overtime wages and other benefits.

The company had wrongly classified many workers, including computer and information technology workers, as "management" for labor law purposes, to avoid paying them overtime or providing them with paid meal breaks. 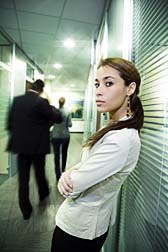 Ball Aerospace creates and sells cutting-edge satellite systems and space equipment and technology. Since it employs roughly 3000 people at its facilities in Colorado, New Mexico, Ohio, Georgia and the District of Columbia, the back pay settlement will benefit almost one-third of its employees.

In its July 25 announcement of the settlement, the Department of Labor said Ball Aerospace misapplied the executive exemption under the Fair Labor Standards Act (FLSA) when it changed top-tier hourly employees to salaried-exempt once they reached the maximum pay of the hourly scale. This change in status for senior technicians did not entail any change in working conditions or professional responsibility. The result was that Ball Aerospace owed overtime back pay of $383,235 to 111 employees.

As well, hourly employees were routinely required to work through lunch periods without compensation. This second violation resulted in back pay of $593,092 owed to 793 employees.

The FLSA allows employers to exempt certain workers from the overtime and paid lunch period benefits only if they are bonafide executive, administrative, professional or outside sales employees, and generally, only if they meet certain job duty and salary tests.

More News
For employees who are not exempt, the FLSA requires they be paid at least the federal minimum wage for all hours worked, plus time and a half for hours worked beyond a 40-hour week. Earnings may be determined on a piece-rate, salary, commission or some other basis, but in all such cases the overtime pay must be computed based on the average hourly rate paid during the period. Employers must also maintain accurate time and payroll records.

The department collected more than $171 million in back pay wages for more than 246,000 workers for fiscal year 2006, an increase of 30 percent over the collections for 2001.

The Department of Labor is not the only enforcer of labor law rights in the country. Lawyers are privately bringing class actions as well as lawsuits for individuals against the many employers who have been using the "executive exemption" loophole for years. In these lawsuits, lawyers have won large settlements for workers in many states and in many industries.

It looks as if U.S. labor law lawyers are finally closing the executive exemption loophole.