Information technologists, otherwise known as IT workers, have been taking big businesses to court to recover unpaid IT overtime wages for quite a few years now. They have been remarkably successful. IT workers have started class actions against high tech giants like IBM and Sun Microsystems, Inc., and many of these class actions have already brought about huge settlements. 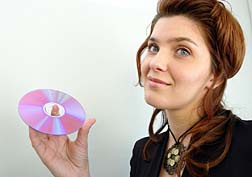 But in case you think these class action defendants are asleep at the switch, be assured they are fully alert. They are hunting for any way to cut down on the cost of paying their employees what they have earned under state and federal labor codes.

Sun Microsystems, Inc., in particular, seems to be pursuing one strategy vigorously—that of exporting the work and downsizing in the U.S.

Here's what Sun has done:

Reading between the lines, it looks as if Sun is concentrating on its bottom line, rather than on the welfare of its American IT workers.

The big business front group, the Civil Justice Association of California, has filed an initiative in California to restrict their exposure to pesky class actions. Big businesses can afford to pay for lobbying to change the law.

In addition, American IT workers are complaining that employers are keeping IT wages down, and decreasing IT jobs open to them, by hiring cheaper "temporary" workers from outside the country.

If you are an IT worker, and have a potential legal claim for overtime wages, the time to pursue it is now. The pendulum could swing back.