When Doesn't the Own-Occupation Definition of Total Disability Work from a Claims Perspective?

As a Disability Insurance claims consultant and expert witness for inappropriately denied claims, I have noticed an increase in the number of denied claims over the past decade. It seems that one of the biggest reasons for claim denial is that the claimant is not satisfying or understanding the various own occupation definitions of "Total Disability."

There have been many articles about the virtues of the "own-occ" definition of total disability, but none have focused specifically on an own-occupation claim and none have dealt with the realities of such a claim, as this article will attempt to do.

Basically, there are three "own-occ" definitions for total disability. One definition is referred to as a "pure own-occ" because it contains no splits (no "thereafter" wording) and goes for the full benefit period. The other two are split definitions. These do contain that claim killer word "thereafter" and are "own-occ" initially and then change to a less liberal definition at some point -- usually after five years and for the remainder of the benefit period.. 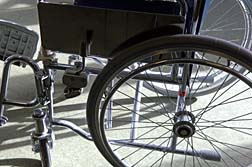 Remember, the policy's definition of total disability usually reads, "unable to do all of the substantial and material duties of your occupation (or occupations)." This is a warning to those who would like to believe that the "own-occ" definitions offer a free ride to retirement city. It might be only if the claimant has one major duty, but what happens if the claimant has more than one? Consider the following claim scenarios:

• They can do some, but not all of their duties.
• They are retired and not yet 65.
• Their occupation is different at the time of disability than at the time of the application.
• During a residual claim, income drops because of economic reasons rather than medical reasons.

Does that mean the claimant won't be paid? Let's visit the various definitions and see. For agents who may know of another commonly used "own-occ" definition, I will be pleased to learn of its existence and refer to it accordingly in the future.

Pure Own Occupation Definition (no split)
"Own-occupation for the full benefit period", is the best of the three types of definitions. It allows the claimant to be paid the full monthly benefit amount, for the full benefit period, even though the claimant is working in an unrelated occupation/duty. (Note: The definition looks at the occupation(s) being performed at the time of claim, not at time of application!) This definition is available from most carriers and is offered to primarily to white-collar workers, especially those who have a large investment in their education or some other criteria the carrier has set forth, based on claims experience and to some extent, the competition.

The exception, due to claims experience, to the "large education investment" criteria for the pure own-occ definition, goes to the medical community. Surgeons and some other disciplines may be limited to one of the split definitions. Despite this limitation, these and some other types of medical doctors could get a specialty letter, in which their definition of total disability is enhanced to cover their AMA recognized specialty!

Under the dual occupation/duty scenario, he/she must be disabled from both occupations in order to collect under total disability. However, if not disabled from both duties and if they have a residual benefit option as part of their coverage and have at least a 20% loss of income, they should then be able to collect some monthly benefit amount under this option. Most residual benefit contract language also includes benefits for partial disability, which only requires a loss of duties (as opposed to a loss of income.) to trigger benefits and pays a minimum of 50% for the first six months. Under a dual occupation/duty scenario, in which the claimant doesn't qualify for total, one would believe that the residual benefits would take care of things -- well, yes it will, however, as previously mentioned it would ,but possibly only for six months. What then happens after six months if their income hasn't dropped? This might occur if the claimant is able to transfer lost income from one duty to the remaining duty which then results in no loss of income? Remember, after the first six months, in order to collect residual benefits, there must be a loss of income.

Own Occupation Split Definitions
There are two basic types of own-occ split definitions. One type involves "own occupation" for a period of time, which then changes to, "not gainfully employed elsewhere." A policy with this definition initially pays whether the insured is working or not. It continues to pay for the rest of the benefit period if the insured can't do the duties of his or her occupation and is not working elsewhere. It becomes the claimant's choice whether or not to work! Again, residual can be a factor.

The other type of split definition involves "own occupation" for a period of time, which then changes to, "unable to work elsewhere." This split definition gives a true "own-occ" for a period of time, usually for five years, then changes to "unable to work elsewhere" by reason of education, training, and experience. Some carriers include prior income as another factor. This type of split definition gives the carrier more control over the claim by challenging the claimant's ability to work at the end of the own-occ period! As above, residual, can be a factor.

Loss of Earnings Definition (non-own-occ)-same as residual
The "loss of earnings" definition has been around for a long time. Recently, a few more carriers have chosen to stipulate this definition in lieu of any of the own-occ definitions. A "loss-of-earnings" definition may be more appropriate and less expensive given the dual occupation/duty comments above, whereby your prospect may have two known unrelated occupations/duties.

This definition works the same as a residual (proportionate) benefit. This means that an insured who has a 30% loss in income during a covered disability, receives 30% of the monthly benefit (partial not withstanding).

Please be aware that since participation tables only allow 30% to 60% of earned income to be covered, depending on the insured's income, occupation, and when the policy was issued, the insured starts off with an initial 40% to 70% monthly benefit amount shortfall. As a result, any of the above "own-occ" definitions, then become even more desirable as a result of allowing the insured to earn additional income, as long as it comes from another occupation/duty!

In Conclusion
The "own-occ" definition is more expensive than a "loss-of-earnings" definition, but on the other hand, it can make the claim underwriting process somewhat easier since it may not require providing documentation to prove monthly loss of income. That's not to say that the claims department won't ask for tax returns and the like. The rest is up to the agent to point misconceptions and to eliminate unreasonable expectations.

LARRY SCHNEIDER is a disability specialist with over 35 years experience and is the owner of Disability Insurance Resource Center. He can be reached at: info@di-resource-center.com For more information on his company and his CV, his website is: www.di-resource-center.com. His toll free number is: 800-551-6211 He is also an expert witness/ consultant for DI claims which have been inappropriately denied and a national resource for hard to place applicants as well as a brokerage for standard cases. He has also developed a Turn-Key System for selling disability insurance.