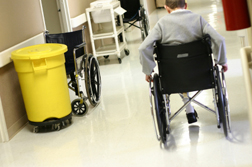 The lawsuit comes after the for-profit facility was previously fined $10,000 after the death of 32-year-old Keri Daugherty in March 2009, according to the news provider. The fine was levied due to allegations that the facility failed to resuscitate Daugherty, the news source said.

Maple Ridge Care Centre is a nursing home that specializes in pulmonary diseases, physical therapy and wound care, according to its Web site.

If you or a loved one have suffered losses in this case, please click the link below and your complaint will be sent to an elder care lawyer who may evaluate your Illinois Nursing Home Abuse claim at no cost or obligation.
Request Legal Help Now