Johnson & Johnson has reportedly agreed to pay $4 million to settle Oregon claims concerning deceptive marketing practices related to the company’s hip implant failures. At the heart of Oregon’s allegations were that the metal-on-metal implants were marketed as safe when the company knew or should have known about a higher than normal failure rate linked to the implants. 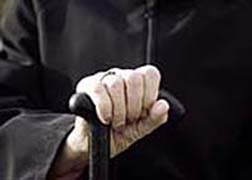 According to a news release from Oregon Attorney General Ellen F. Rosenblum, Johnson & Johnson will pay Oregon $4 million to settle the allegations, which resulted from an investigation by the state into the company’s marketing of its DePuy hip implant devices. Oregon filed a complaint alleging Johnson & Johnson marketed the ASR XL artificial hip implants as functioning properly when studies showed an unusually high failure rate in the metal-on-metal hip implants.

“Even as other evidence and indications pointed to a critical design flaw in the hip implants, DePuy publically maintained that their product was fine,” the Attorney General’s news release notes. “DePuy eventually conducted a nationwide recall of the hip device in 2010.”

“Oregonians in need of a hip replacement deserve to know that the artificial hip they are contemplating in fact has the qualities, and benefits, that a company advertises,” said Rosenblum.
“Doctors also need to know that the products they suggest to their patients meet certain standards; and no company should be permitted to exploit that basic tenet.”

Other states could follow Oregon, which said that 432 DePuy ASR XL metal-on-metal hip devices were sold in the state between 2005 and 2010.

Consumers Union, the policy and action division of Consumer Reports, has undertaken the Safe Patient Project and is currently looking into hip and knee implants. According to a white paper by Consumers Union, titled “Warranties for Hip and Knee Implants” (February 2014), in 2011, doctors performed approximately 464,000 hip replacements and 711,000 knee replacements. And while demand for hip and knee implant surgeries is expected to grow, by 2010, the organization projects that more than 50 percent of hip and knee implant patients will be under the age of 65, meaning they’ll need implants that last longer and are more durable.

More HIP AND KNEE REPLACEMENT News
But despite patients relying on hip and knee implants, the rate of recall remains a concern.

“According to recall data from the Food and Drug Administration (FDA), over the last ten years, every major manufacturer of knee and hip implants has voluntarily recalled a product, or line of products, due to defects,” Consumers Union writes. “Problems range from having the wrong size etched on the device to post-operative fracturing to early wear and delamination.”

In some cases, one or two units have been recalled, in other cases, entire product lines have been subject to recall.

Lawsuits have been filed by patients who allege the hip implant they received failed and the manufacturer knew or should have known about the high rate of failure linked to metal-on-metal devices.