With Christmas just around the corner, consumers are trying to make their money go as far as possible. However, those who use prepaid debit cards often find that their money goes much faster than expected. Some say they load money onto their cards but are not able to access it; others were unaware of all the fees they would be incurring. 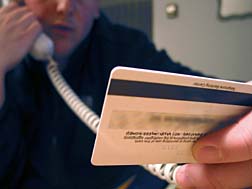 Chris H. (real name withheld) writes to LawyersandSettlements that he loaded $500 onto his card. When he activated the card online, he was told to contact customer service.

"I had bought the card and called them within a 15 minute period," Chris writes. "Each time I call the Loss Management department they inform me only a Senior Agent can speak to me about why the money is not on my card, and schedule a callback within two days that does not happen. I have done this at least 10 times and they NEVER call back."

More PREPAID DEBIT CARD News
According to an October 5 article in the New York Times, the lack of regulation makes it difficult for prepaid debit card users to recover any money lost through fraudulent transactions. The Times tells the story of Mike Henry, who had $50 stuck on his Visa prepaid card when it stopped working. Henry reportedly called the issuing company repeatedly to have the situation remedied and was charged 95 cents for every call to customer service. Monthly fees ate away at the money until his balance fell to zero.

The issuing company did eventually agree to send Henry a refund, possibly as a result of the New York Times' investigation.

More and more companies and government agencies are switching to prepaid debit cards—according the Times article, Wal-Mart will only pay employees who do not have direct deposit on a prepaid debit card—but questions are being raised as to how high the fees should be.

After all, many people who use prepaid debit cards do not have a choice in the matter—especially those who cannot open bank accounts or use credit cards. They are being charged a lot of money for the ability to access their own finances, and many say they had no idea about all the fees they would be charged.