A Georgia mother who accused her nurse midwife of negligence which allegedly led to injuries suffered by the plaintiff’s child will not have her Georgia medical malpractice lawsuit revived unless she is prepared to take the matter to a higher court. 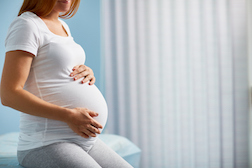 Plaintiff T’Miaya Smith accused defendant Lauren Braswell, a nurse midwife working out of the Atlanta Women’s Health Group, of botching Smith’s delivery by compelling Smith to bear down and push before she was fully dilated. The resulting birth is alleged to have restricted blood flow to the baby and produced various cranial pressures that resulted in the infant experiencing seizures, amongst other claims.

However, according to court documents Smith’s Georgia malpractice lawsuit went south when her expert medical witness – upon whom she had primarily built her case – provided expert testimony that was not peer-reviewed and not generally accepted in the medical community, or so it was interpreted by the trial court.

The expert witness in the Georgia medical damages lawsuit is identified as Dr. Barry Schifrin, who referenced a condition called “cranial compression ischemic encephalopathy” (CCIE) in his expert testimony. Schifrin characterized CCIE as a combination of various factors about which he had written a chapter for inclusion in a book of medicine. However, the medical book was not identified, and the original trial judge concluded that Schifrin’s expert testimony was not admissible. Defendant Braswell moved for summary judgement, which was granted by the trial court.

With her case gutted by the lower court, Smith appealed to the Georgia Court of Appeals, which affirmed the lower Court’s ruling. The appellate panel noted that the expert witnesses’ concept and references to CCIE were not supported by studies or peer-reviewed in learned journals. Schifrin’s concepts, the appellate panel noted, were also not recognized by other practitioners in his specialty of maternal-fetal medicine.

More GEORGIA MEDICAL MALPRACTICE News
“Contrary to Smith’s assertion that Dr. Schifrin’s role is only one part of the causation theory, the case hinges upon the testimony of Dr. Schifrin as to the mechanical forces in labor that allegedly caused [the infant’s] injury,” the panel said. “The trial court properly concluded that ‘because the trial court has excluded Smith’s theory of causation...an essential element of Smith’s case is absent and summary judgment…must be granted.’ Accordingly, the trial court properly granted Braswell’s motion for summary judgment.”

The baby is alleged to have suffered brain injuries that are thought to be permanent. The decision of the three-judge appellate panel was unanimous. It is not known if Smith will appeal.

Click to learn more about LawyersandSettlements.com
LawyersandSettlements.com - A trusted, independent legal news provider bringing quality news and information on all legal cases and lawsuits filed in United States of America to its readers since 2002. Over 250,000 legal help requests including Malpractice Cases, Drugs & Medical Cases, and Personal Injury Cases have been forwarded to lawyers all across to the country.