More and more lawsuits are being filed against ConAgra Foods, Inc., makers of Peter Pan and Great Value peanut butter, which was involved in a massive recall earlier this year.

Thirty-two consumers from a number of states are already involved in a lawsuit filed in Rome. The plaintiffs include the parents of nine children who became sick after eating peanut butter contaminated with Salmonella Tennessee. The suit is seeking class action status on behalf of all people across the United States who became ill from eating the peanut butter. 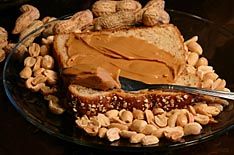 ConAgra responded to the lawsuit by denying that the suit should move forward as a class action and denying allegations of negligence. The company also claimed that injuries attributed to the peanut butter could have been caused by pre-existing conditions. In response to the recall, ConAgra has announced that the Georgia plant will have greater separation between raw peanuts and peanut butter and will have a new roof and modern equipment. It has also hired a microbiologist to ensure food safety.

The salmonella outbreak has been traced back to a roof leak and a malfunctioning sprinkler that went off twice. Moisture from those events then mixed with salmonella bacteria that were dormant in the factory, most likely from raw peanuts and dust. The salmonella then came into contact with the peanut butter before being packaged.

Great Value peanut butter is back on store shelves after Wal-Mart decided to use a different manufacturer, although they have not yet said which company that is. Peter Pan brand will not be on the market until early summer.

Meanwhile, the Food and Drug Administration has announced that it will carry out more investigations at plants that make peanut butter and other similar products. Officials admitted that the salmonella outbreak proved to them that peanut butter is riskier than previously thought.

Patients who still have bottles of the contaminated peanut butter should keep them as evidence, but be sure to clearly label them so that everyone in the home knows not to eat the peanut butter.