11th Circuit Awards $42,000 to Florida Workers for Misclassification as Contractors 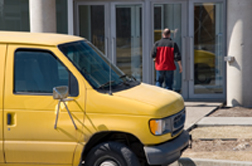 Employers utilizing this common scheme to save their companies money should be cognizant of the legal risks involved as courts continue to crack down on misclassifications.

Independent contractors are cheaper to employers because they are not eligible for overtime pay, health benefits and other labor protections employees enjoy. Employers also do not have to pay federal and state taxes on independent contractors. Misclassifying employees allows companies to undercut law-abiding competitors when bidding for jobs while saving large amounts of money in the long run.

Plaintiffs Jeorbis Rodriguez and Roberto Ruiz worked for a Miami-based company called Quick Messenger Services that delivers over-the-counter and prescription medications via couriers. They charged that it wrongly misclassified them as independent contractors instead of full-time employees. After a four-day jury trial, Quick Messenger Services, Inc., Rafael Abreu, and Rafael Abreu, Jr. were collectively ordered to pay two of its former drivers a total of $42,000 in unpaid back wages and damages.

There’s no one test to determine if a worker is an employee or an independent contractor, but the essential inquiry usually boils down to “control.” In general, independent contractors often work without a direct supervisor, set their own hours, provide their own materials and get paid by each job, not hours worked. In contrast, employees have their labor and schedule rigorously directed by their bosses, which demonstrates the exercise of control by the employer over the employee.

Over the last decade, employers nation-wide have been party to a major surge to end the misclassification of employees as independent contractors. Even large national companies such as Federal Express and Uber have recently found themselves parties to serious litigation and settlements over independent contractor misclassifications. The United States Department of Labor recently issued a far-reaching interpretive memorandum in furtherance of its ongoing agenda to extend minimum wage and other wage-hour protections as broadly as possible.

Employers utilizing independent contractors should look closely and realistically at the level of control exerted over employees and those classified as independent contractors and act to insulate their companies against such legal action. The Miami jury’s $42,000 contribution to this rapidly developing area of law demonstrates the substantial implications these decisions will continue to have for a huge segment of the American workforce