It is a question pregnant women who suffer from depression must face: should they take an antidepressant and risk the reported Effexor side effects or should they try to forgo the antidepressant. By taking Effexor, the women could be at risk of reported side effects such as Effexor birth defects. But having untreated depression runs its own risks for mother and baby as well. 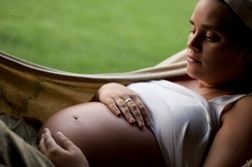 Effexor (known generically as venlafaxine) is in a class of drugs called serotonin-norepinephrine reuptake inhibitors (SNRIs). It helps patients with depression by preventing the reuptake of serotonin and norepinephrine in the brain. One study, published in the Canadian Medical Association Journal (05/31/10), suggests that taking Effexor during the first trimester of pregnancy almost doubles the risk of having a miscarriage compared to women who do not use an antidepressant during pregnancy. Other antidepressants, including Prozac and Zoloft, were also found to have an increased risk of miscarriage.

Furthermore, a 2010 study published in Pediatrics (03/2010), found that babies who were exposed to antidepressants, including Effexor, while in the womb were more likely to suffer developmental delays. According to researchers, babies who were exposed to Effexor in the second or third trimester reached certain developmental milestones later than babies not exposed to antidepressants. Those milestones included taking 16 days longer to sit without support and almost a month longer to walk.

More EFFEXOR PPHN News
Whether those delays translate into other developmental delays later in life remains to be seen. Researchers noted that by 19 months there were no differences in motor skills when children who were exposed to antidepressants were compared to children not exposed. But, at 19 months, children who were exposed to antidepressants had more difficulty occupying themselves for more than 15 minutes than children not exposed to the drugs.

For women with severe depression, there are serious risks to not taking medication while pregnant. Those risks can include harm to the mother and to the infant. Therefore, it is important for women who are pregnant or planning on becoming pregnant and who are also depressed to discuss all their options with their doctor.

It is also vital that women who are taking antidepressants not stop their medication without first speaking to their doctor and discussing their concerns.