The FDA: "Barely Hanging On by its Fingertips"

On January 29, 2008 the Government Accountability Office released a series of blockbuster reports during a hearing of the House Energy and Commerce Committee. And it all has to do with the FDA—the US Food and Drug Administration, the government watchdog that Americans trust for ensuring that the nation's drug, food and medical device supply is safe, adequately tested, sufficiently monitored, and properly managed.

Headlines over the last year, however, have shaken public trust in the FDA. And Tuesday's blockbuster admission, released by the New York Times on the day of the hearing and summarized in an editorial today (February 3rd), does little to re-affirm confidence in an agency that is under-funded, understaffed, and woefully out of date.

The numbers are staggering. 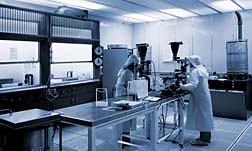 In 1987 the FDA, and the Centers for Disease Control and Prevention (CDCP) were funded equally by the feds, with similar budgets. Today, the CDCP receives four-times the funding of the FDA.

Any American following the headlines over the last year knows all too well the situation involving imports from China—from tainted toothpaste, to contaminated pet food, to lead-laced children's toys. It is a fact of corporate life that manufacturers, looking to manage costs and increase productivity and profit, look offshore for cost-saving opportunities in supply and manufacturing. It's already happening in gigantic proportion as the economy becomes more and more globalized.

Thus, we must trust our regulatory agencies to monitor stuff that comes in from foreign lands.

The FDA not only lacks money, but also resources to do its job properly. It suffers from a high turnover rate of scientists, a weak organizational structure, a shrinking inspection force, and an inability to keep pace with rapidly emerging technologies.

In the last 14 years the FDA has lost 1,311 employees and about $300 million in appropriations to inflation. In the same time Congress has passed 100 new statutes defining, or expanding its regulatory authority.

Eighty per cent of the nation's drug supply is imported today. The best the FDA could do with current resources was the inspection of 30 out of the more than 3000 foreign drug plants importing goods into the US.

While the Bush administration has undertaken measurers to reform the FDA, it has not provided the funding necessary to make it work.

The FDA's former chief counsel, Peter Barton Hutt, says that the agency's budget needs to be doubled, and its staff increased by 50 per cent over the next two years, just to keep up.

On Tuesday he told the Congressional panel that the FDA was "barely hanging on by its fingertips.

"This is a fundamentally broken agency and it needs to be repaired."

In a story published by the New York Times January 29th, it was revealed that the various reports to be tabled that day, together with an assessment by the FDA's own Science Board concluded that the agency is so overwhelmed by the flood of imports that it is incapable of protecting the public from unsafe drugs, medical devices, and food.

Representative John Dingell (D-Michigan), the chairman of the House committee, put it all into perspective when he said,

"How many more examples are needed to demonstrate that this agency is struggling, and the public health is at risk?"