To settle criminal charges of conspiring to violate the federal anti-kickback statute by using consulting agreements as inducements for orthopedic surgeons to use a company's products, four device makers recently entered into deferred prosecution agreements with the Department of Justice and agreed to pay a total of $311 million.

The companies include Johnson & Johnson subsidiary DePuy Orthopaedics, Zimmer, Biomet and Smith & Nephew. Stryker Orthopedics cooperated with investigators and was not criminally charged but the device maker was required to enter into a settlement agreement along with the other companies.

According to the Department of Justice, these five companies make close to 95% of the orthopedic devices marketed in the US. 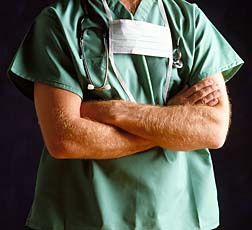 The fact is, history has shown that these settlement agreements have not lessened the corruption in the implant for-profit industry. A little over a year ago, in July 2006, Medtronic agreed to pay $40 million to settle allegations that its subsidiary Sofamor Danek, which makes implants used in spine surgery, paid kickbacks to doctors through sham consulting contracts, royalty payments and lavish trips to tourist locations.

And yet, the device maker has continued to pay millions of dollars to doctors, according to a lawsuit filed by Memphis attorney Andrew Carr Jr, who represents Jacqueline Kay Poteet, a whistleblower involved in the case.

Ms Poteet was a senior manager of travel services for Medtronic until 2003, was responsible for setting up travel arrangements for doctors to attend conferences, and claims she was familiar with the company's efforts to curry favor with doctors.

Her lawsuit alleges that Medtronic targeted surgeons while they were still in training and paid for doctors to attend any of 200 professional meetings a year. When doctors would visit Memphis, they were sometimes taken to the "Platinum Plus" strip club, and the expenses for the strip club were recorded as an evening at the ballet.

The complaint alleges that Medtronic paid doctors at least $50 million in kickbacks over a 4-year period. Internal company documents filed with the lawsuit provide specific details of the device makers campaign to influence doctors. For instance, Wisconsin physician Dr Thomas Zdeblick signed a 10-year $400,000 consultant contract with Medtronic in 1998, which only required him to "consult" for eight days a year.

Mr Carr obtained a list of payments to doctors from a former employee of Medtronic and informed members of Senate Finance Committee, which oversees Medicare spending, that the sham consultant payments were ongoing.

In September 2007, Iowa Senator Charles Grassley, the senior Republican on the Committee, sent a letter to Medtronic asking the company to explain the payments made to surgeons since 2003, as well as the company's funding of organizations involved in continuing education programs for surgeons.

As part of their settlement agreements, DePuy, Zimmer, Biomet, Smith & Nephew and Stryker agreed to disclose all payments made to doctors. But the disclosures for the first 10 months of 2007 show it's business as usual. Nearly "50 orthopedic surgeons, many affiliated with the nation's top teaching hospitals, each earned over $1 million a year in consulting contracts and royalties from the five companies that make artificial knees and hips," according to Gooz.news on November 5, 2007.

Gooz reports that Dr Norman Scott of the Insall Scott Kelly Institute for Orthopaedics and Sports Medicine received $5.5 million so far in 2007, or about $25,000 a day, from Zimmer, and Dr Richard Rothman of the Rothman Institute was paid $2.4 million, or about $12,000 a day, by Stryker.

The disclosures show that millions of dollars were paid to Harvard Medical school and 16 Harvard doctors. Zimmer's disclosures show a $8,673,997 payment to Harvard-affiliated Massachusetts General Hospital and include more than 20 payments over $1 million.

The top money-makers, who each collected $6.7 million from DePuy, were Dr Thomas Thornhill, chair of the orthopedics department of Harvard-affiliated Brigham and Women's Hospital, and Dr Robert Scott, also at Brigham, according to Gooz.news.

Senator Grassley's recent letter to Medtronic is representative of an ongoing effort aimed at ending the financial ties between doctors and the companies that make devices and drugs.

On September 6, 2007, Senator Grassley and Senator Herb Kohl (D-WI), Chairman of the Special Committee on Aging, issued a press release to introduce the "Physician Payments Sunshine Act," which would require drug and device makers to disclose the amount of money they give to doctors through payments, gifts, honoraria, travel and other means.

The legislation would apply to manufacturers with $100 million or more in annual gross revenues, and the penalties for not reporting payments would range from $10,000 to $100,000 per violation and would also require the Secretary of Health and Human Services to create a website and post the payment information in a clear and understandable manner.

In a September 6, 2007, speech on the Senate floor, while introducing the bill, Senator Grassley told fellow lawmakers:

"There is no question that the drug and device industries have an intricate network of financial ties with practicing physicians. These financial relationships can take many forms. They can include speaking honoraria, consulting fees, free travel to exotic locations for conferences, or funding for research."

Drug and device makers spend billions and billions of dollars every year marketing their products, he said, and a good amount of this money goes directly to doctors in the form of these payments. "This practice, and the lack of transparency around it," he stated, "can obscure the most important question that exists between doctor and patient: what is best for the patient?"

Senator Grassley explained that payments to a doctor can be a simple dinner after work, or they can add up to tens of thousands and even hundreds of thousands of dollars each year.

He pointed out that companies would not be paying out this kind of money unless it had a direct effect on the prescriptions doctors write or the medical devices they use. "Patients, of course," he noted, "are in the dark about whether their doctor is receiving this money."

On June 27, 2007, Senator Kohl held a hearing before the Committee on Aging to examine the financial relationship between physicians and the pharmaceutical industry.
In an opening statement at the Committee hearing, Senator Kohl noted that the industry spends an estimated $19 billion annually on marketing to physicians in the form of gifts, lunches, drug samples and sponsorship of education programs.

"Companies certainly have the right to spend as much as they choose to promote their products," he said, but as the largest payer of the costs, "the federal government has an obligation to examine and take action when companies unfairly or illegally attempt to manipulate the market."

The Committee heard testimony from Dr Jerome Kassirer, a professor at Tufts University School of Medicine in Boston, a visiting Professor at Stanford University and former Editor-in-Chief of the New England Journal of Medicine, and author of the book, "On The Take: How Medicine's Complicity With Big Business Can Endanger Your Health."

He told the lawmakers that the magnitude of drug promotion astonishes. "100,000 drug reps visit doctors, residents, nurses, and medical students every day and ply them with free gifts, meals, and gadgets," he stated.

"Although couched as education," he noted, "these marketing efforts are thinly disguised bribes."

Just as surprising is the extent of physician involvement with industry, he said. Among a recent random sample of doctors, "more than 3/4 had taken free samples, free food, and free tickets to sporting events from industry, more than 1/3 accepted free continuing medical education, and another 1/3 had received payments for speaking or consulting for the companies or enrolling patients in clinical trials," Dr Kassirer told the Committee.

Some estimates indicate the industry's annual advertising bill is $70 billion, he reported. "There is nothing fundamentally wrong with advertising products," Dr Kassirer stated, "but when financial incentives yield inappropriate or dangerous care, when they inordinately raise the cost of care, when they risk patients' lives in clinical trials and when they damage the profession, they have gone too far."

According to Senator Kohl, at the hearing the pharmaceutical industry told lawmakers that they believe their practices are above-board. "If that is the case, full disclosure will only serve to prove them right," he said in the September 6, 2007, press release.

"If that is not the case, full disclosure will bring their influence-peddling out from the shadows," he said. "Either way, patients win."

If you or a loved one has been harmed by these devices, please contact a lawyer involved in a possible [Lawsuit] who will review your case at no cost or obligation.
Request Legal Help Now