The North Carolina “Public Facilities Privacy & Security Act,” or House Bill 2 (“HB2”) is arguably the most anti-LGBT statute that has ever been passed in the United States of America. But HB2 is about more than just adding limits on what local government entities can do regarding public bathroom usage. 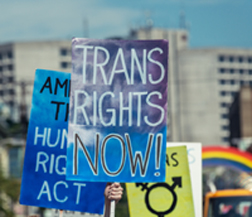 News coverage of HB2, which has largely been referred to as a “bathroom bill,” lacks an important understanding of a detrimental change in employment discrimination law that accompanies the bill’s passage. As Charlotte School of Law Professor Brian Clarke points out, most articles about the passage of HB2 omit “a hugely significant issue, the bill’s complete elimination of the ability of NC employees to sue employers under state law for employment discrimination based on the protected categories of race, sex, national origin, religion, color, or age.”

Prohibits the right to sue for discrimination

Clarke, who has practiced employment law for more than 11 years and published significant research in the field, believes, “The single sentence that accomplished this feat overturned decades of well-established North Carolina law, eliminated a critical legal protection for all employees in North Carolina, and - of course - is utterly unrelated to bathroom usage.”

Clarke is referring to Part III of HB2 (143-422.2), or the North Carolina Equal Employment Practices Act. Section 422.2 decrees that employment discrimination based on the standard protected classes referred to in Title VII is illegal, but the following section - 422.3 - completely prohibits the right to a cause of action for such discrimination. By its own language, 422.3 overrides the protections of 422.2 by removing its teeth: “This Article does not create, and shall not be construed to create or support, a statutory or common law private right of action, and no person may bring any civil action . . .” So, in North Carolina, employers may not discriminate against employees; but, if they do, employees have no right to sue.

The North Carolina Equal Employment Practices Act (“EPA”) was originally passed in 1977 and tort of wrongful discharge was recognized in 1982. Wrongful discharge was premised on the language of 422.2, but the passage of HB2 takes away this private right of action North Carolina employees have relied on for more than 30 years. Race, sex, religion, national origin, color, and age are now no longer subject to a private right of action in the state.

Final avenue of justice is gone

The real problem a lot of employees face with employment discrimination suits is that they simply do not know their rights. When employees do not find out their legal rights until after the 180 days to sue allowed for by Title VII, their only recourse is to sue under the EPA for wrongful discharge in violation of public policy. Now, that final avenue of justice is gone. Arguments were made on the House floor by Republican Representative and HB2 co-sponsor Dan Bishop that the EPA was never intended to create a private right of action for employees, but evolved through the common law; according to HB2 sponsors like Bishop, this new language removing the private right of action is meant to “correct” that.

Both the legal community and country as a whole remain shocked at the passage of HB2. Andrew Gordon, President of the LGBT Legal Society in Charlotte, believes there have been major abuses of power throughout the un-democratic process of HB2’s passage. “The fact that an ‘emergency session’ was called in response to HB2 is a blatant waste of thousands of taxpayer dollars. There are far more pressing needs in this state; not the least of which is the fact that we rank as one of the worst states in the entire country regarding quality of education, teacher pay, and student spending,” Gordon stated.

Gordon’s mission for the LGBT Legal Society is to bring the legal community’s attention to issues of special concern to LGBT students by serving as a bridge between students, law school alumni, and the legal profession at large.

The unfair process Gordon mentions is this: HB2 was not revealed to those required to vote on it until the morning it was to be voted on. HB2 passed both the House and Senate and was signed by Governor McCrory within the short span of 12 hours.

“This process, this bill not only harms LGBT communities and establishes that North Carolina does not tolerate LGBT diversity, it revokes the power of any state locality to establish any anti-discrimination laws. HB2’s passage thereby removes the ability of any city to protect citizens it determines should be protected. Now, after HB2, any discrimination complaint can only be brought to the state’s Human Relations Commission and no civil cause of action exists for a perceived violation of the state’s non-discrimination statute.”

Gordon sums up HB2’s passage by saying, “Our state’s politicians preyed on an irrational fear: that protecting the dignity and civil rights of transgender citizens will somehow also allow predators to molest children and women in bathrooms. As if signs on bathroom doors will ever be enough to prevent predators who would misuse such a protection from harming others. One thing has proven true that the LGBT community assumed from the start: the discrimination politicians have long-attempted to couch in religious freedom has never been about religion at all; it was only ever about legalizing discrimination.”

If you or a loved one have suffered losses in this case, please click the link below and your complaint will be sent to a discrimination lawyer who may evaluate your claim at no cost or obligation.
Request Legal Help Now