When insurance policyholders have their claims denied or delayed for bad faith reasons, they often feel helpless. After all, it is them versus their insurer, who has deep pockets and little reason to approve a claim. The good news for policyholders is that there are steps they can take if their claims are denied for illegitimate reasons. Those actions depend on what type of insurance they have. 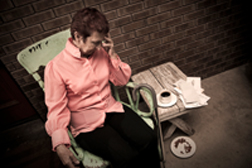 Of course, the problem is that insurance companies can find all sorts of reasons for denying a disability claim, with little consequence for doing so. Take the case of Terry G. (real name withheld), who writes to Lawyers and Settlements that he sent in approximately 100 pages of medical records to his insurance company but had his claim denied for not giving enough information.

Even with enough information given, insurance companies might deny a claim arguing that the condition that led to the claim is not the cause of the patient’s health problems, or that the patient is healthy enough to work. These reasons may even be given when the patient has a diagnosis from a doctor and specialists.

More DENIED DISABILITY INSURANCE News
If the insurance is governed by ERISA - that is, it is provided by an employer - the insured must file an appeal with the insurance company first. If a lawsuit is filed before the appeals process is exhausted, the lawsuit will be thrown out of court. Under ERISA, before any lawsuit is filed, an appeal of the denial must be filed first. Only after the appeals are denied can a lawsuit be filed.

Furthermore, these appeals must be filed within 180 days. If the appeal is not filed within 180 days, the insurance company has the right to refuse the appeal and a lawsuit cannot be filed. ERISA laws also do not allow for punitive damages or pain and suffering. An ERISA lawsuit will only recover money that should have been paid if the claim had not been inappropriately denied, giving insurance companies a good reason to deny claims in the first place.

Posted by
Joseh Simpson
on May 17, 2013
Most are so broke you logic is not practical. i am vet and I am about to lose everything...soon, where is the help??? for REAL HELP
Posted by
David Block
on March 22, 2013
Those that are denied, whether it is an individual or group plan, might find it less expensive and quicker to look for a qualified disability claims consultant. Many of these people have been on the inside and some come from the sales side. There are many to choose from and you do not necessarily need to meet them face-to-face. Check out their websites and see for yourself before jumping straight to an attorney.