The Center for Environmental Health has detected alleged elevated levels of lead in infant goods manufactured from vinyl plastic. The alleged lead laden products are: lunchboxes, bibs, vinyl pacifier carrying case, a carrying pouch for a breast pump, and a cooler for holding breast milk. The companies alleged to have produced the products in question are: Medela, RC2, Playtex, and Skip Hop.

The alleged findings showed a range of lead levels found in all of the items. Lead levels ranged anywhere from 1,100 parts per million to 5, 500 parts per million. Currently, federal laws protect toys and the paint used on them along with other children's products. However, there is currently no law in place to regulate lead being used in the materials for other manufactured goods for children. 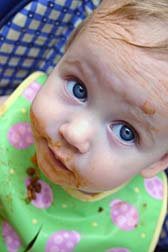 The House and Senate are mulling over placing product safety regulations on the books. The amount of lead permitted in products made for children is of particular interest to them. The new legislation would put a cap on the level of lead allowed on any product or materials for any products relating to children. The proposed new laws may allegedly keep lead from being found in high amounts in plastics for children in the future. However, the Center for Environmental Health allegedly argues that lead is unsafe in manufactured goods for children period. There are allegedly no safe levels for lead.

Consequently, toy manufacturers allegedly have their own thoughts on the lead controversy. Allegedly some experts representing the toy industry feel this is just another way to gouge at lead in paint, which is an ongoing dilemma. They believe this is a whole new concern because this isn't like paint that cracks containing lead. This is within the manufactured materials themselves as a component of the good itself.

More News
Three of the four alleged companies are going to begin their own analysis of the findings of the environmental health group. The fourth company could not be spoken with to get their comments on the matter. RC2 was allegedly involved in recalls for the Thomas and Friend toys last year. This adds to the long list of recalls from last summer through the Christmas season.