Daytrana Skin Discoloration Could Be the Color of Money for Plaintiffs

If there’s one thing about the pharmaceutical industry that stands the test of time, it is the prevailing wind of surprise that never ceases to blow as new threats from seemingly safe prescription drugs emerge and stoke the fears of patients and the consuming public. To that end, Daytrana side effects are beginning to gain a profile for all the wrong reasons. 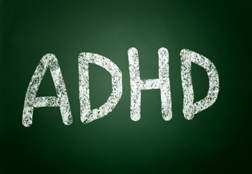 With apologies to stock car racing fans that look at the name and muse about the similarity to “Daytona,” there is nothing fast about this drug save for the speed at which prospective plaintiffs may now flock to their Daytrana attorney.

What is Daytrana, anyway? Daytrana (methylphenidate) is a pharmaceutical manufactured by Noven Pharmaceutical Inc. and used to treat attention deficit hyperactivity disorder (ADHD). The methylphenidate is delivered by way of a transdermal patch worn on the skin.

The problem, as outlined by the US Food and Drug Administration (FDA) last month, is that the Daytrana skin patch could foster permanent loss of skin color involving the skin on which the transdermal patch is affixed or beyond.

The agency reported that between April 2006 through December 2014 there were 51 cases of chemical leukoderma reported. That’s the medical term for skin disfigurement through discoloration fostered through repeated exposure to certain chemicals. While the condition is not dangerous, according to the FDA, the disfigurement is nonetheless unfortunate and is likely irreversible.

What’s more, the Daytrana skin color loss could affect an area much larger than the diameter of the actual patch - up to eight inches in diameter, according to reports received by the FDA.

According to the FDA, the skin discoloration was noted anywhere from two months to four years following commencement of using the Daytrana transdermal system. All 51 patients reporting to the FDA’s Adverse Event Reporting System (AERS) noted a decrease and/or a total loss of skin color. All 51 reports noted the discoloration did not reverse, and skin color was not restored when the medication was stopped. It appears as if the leukoderma fostered a permanent change to skin pigmentation.

While Daytrana is usually applied to an area of the hip, some patients have reported that changes to skin pigmentation and loss of skin color have occurred in areas other than those directly affected by the Daytrana transdermal patch.

More DAYTRANA PATCH News
So far we have yet to see a Daytrana lawsuit. But given the apparently permanent changes to skin pigmentation that appear only repairable through a skin graft, lawsuits are likely and expected - especially now that the FDA has issued a formal warning, based on the AERS reports. It is important to note that the Daytrana patch is often used for children who suffer from ADHD, as an alternative to ADHD medication in pill form. The potential for emotional trauma from going through adolescence and young adulthood with a noticeable skin problem could, indeed, prompt many parents to seek out a Daytrana lawyer for compensation.

Plaintiffs will claim had they known about the potential Daytrana side effects and Daytrana skin color loss, they would have chosen an alternative to Daytrana for their child - or themselves.

We will be watching this portfolio as it develops…

If you or a loved one have suffered losses in this case, please click the link below and your complaint will be sent to a drugs & medical lawyer who may evaluate your Daytrana Patch claim at no cost or obligation.
Request Legal Help Now

Posted by
lisa scarengos
on July 28, 2015
I ask this firm to help me sometime ago and they would not. Due to the infamous Ambien drug I received a d u i 3 days in jail and I am now having to pay an attorney, not sure that he can really help me, I was sleep driving on ambien. I also had to pay to bond out of jail and now, I want my money back but, everyone I have talked to online has some stupid excuse why they can't help me. This is one of the firms that I contacted so, be careful. I could have killed someone else or myself. To me that is life and death. Don't believe everything you read.