Maker Of “Neuro” Drinks Agrees To Pay $500,000 In Fines and Restitution

Neurobrands LLC, the Santa Monica-based maker of the “Neuro” line of drinks, has agreed to a permanent court injunction that requires it to change its marketing practices. The company will also pay $500,000 in penalties and restitution as part of a settlement with local prosecutors. 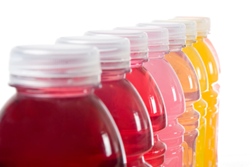 An investigation by the Santa Monica City Attorney and Los Angeles County District Attorney Offices led to a civil complaint alleging that the Neuro drinks in question lacked the necessary scientific evidence to back up many of the health-related claims advertised.

Neurobrands’ claims prohibited under the permanent injunction are:

Under the terms of the judgment, Neurobrands will pay $500,000 in penalties and restitution. It also will be bound by a permanent court injunction that requires it to:

1. Stop using the ad claims listed above, unless supported by new scientific evidence;
2. Maintain “competent and reliable scientific evidence” to support all future health-related claims;
3. Conduct additional scientific studies of its drinks to support future claims;
4. Change the marketing and branding of Neuro Bliss, Neuro Daily, and Neuro Sonic to clarify that they are conventional beverages, not “dietary supplements”;
5. Change the marketing and branding of Neuro Sleep to treat it as a true dietary supplement, not a beverage; and
6. Assure that the caffeine level in Neuro Sonic conforms with FDA food safety requirements.

Neurobrands did not admit to any liability as part of the settlement.

“Words matter,” said Adam Radinsky, Santa Monica’s Chief Deputy City Attorney for Consumer Protection. “Especially as more and more people become concerned about what they eat and drink, a product’s health claims need to be fair and accurate,” said Radinsky. “If something is claimed to have health benefits, the manufacturer needs to back that up with reliable scientific evidence.”

“Consumers are not expected to be research scientists,” said Santa Monica Deputy City Attorney Eda Suh. “They’re entitled to rely on what they read and hear.”

Neurobrands was launched in 2007. The company has nationwide marketing and sales, including at many large supermarket and grocery chains. The company has used social media and catchy advertising campaigns to expand its sales.

Posted by
Taylor E Bagnell
on May 9, 2022
The sleep one works well enough. Better sleep, better dreams. The sonic one is okay.
Posted by
Phill
on January 12, 2022
I don’t care what some silly city attorney or county attorney says. Neuro sleep works great for me! Hands down it has worked better than any other sleep aid I have ever used. I struggle with insomnia, and now I can’t find this product at any of my local stores. I’m furious about it. Whoever created this lawsuit should pay me $500k in fines.
Posted by
Karl Meyer
on January 29, 2018
I don't use Neuro's products myself, but my wife swears by one for helping here get to sleep more quickly and for sleeping more soundly. She also regularly drinks a dfferent one during stressful days because she swears the product calms her.
Posted by
Shana
on May 10, 2017
Don't care what anyone say's about neuro I stand by there product! I have a awful time falling asleep and staying asleep, I will run on 8 hours of sleep in three day constantly due to my inability to fall asleep. I refuse to take perception medication due to the risk of side effects. Neuro sleep has been a natural remedy that works 100% on getting me to sleep and keeping me asleep! I am a happy customer with neuro and hope to continue to see them on the shelf at my local stores!
Posted by
Krystal
on February 9, 2017
I don't understand what's wrong with these drinks? Did someone die from drinking one?
Posted by
Elliot
on October 22, 2016
are people such sheep these days it makes me sick! There drinks never claimed to work for everyone, but they said if it works for you only drink them if you really need them!
I am not a Neuro spokesperson nor a salesman. I am but a simple promoter for the product for those smart enough to do their own resrearch!

Click to learn more about LawyersandSettlements.com
LawyersandSettlements.com - A trusted, independent legal news provider bringing quality news and information on legal cases and lawsuits filed in the United States of America to its readers since 2002. Over 650,000 legal help requests including Consumer Frauds, and have been forwarded to lawyers all across to the country.