Cipro Rupture Can Occur After Just One Dose 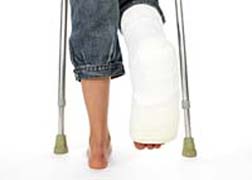 Cipro is one of the most popular antibiotics out there, and is a member of the fluoroquinolone family of drugs. According to the December 1 issue of the Journal of the American Academy of Physician Assistants (JAAPA), the first quinolone compound was discovered in 1962. By 1987, Cipro—manufactured by Bayer—was on the market and was the first fluoroquinolone to appear.

It was a slow start. After one year on the market, fluoroquinolones were prescribed for 0.8 out of every 100 persons annually. However, by 1998 that figure had increased to 5.5 out of every 100. What is telling is the share of fluoroquinolones over other antibiotic types prescribed in the US between 1995 and 2002. While the overall number of prescriptions for antibiotics written in the US did not change significantly within those seven years, the number of health care visits at which a fluoroquinolone was prescribed jumped from 7 million to a staggering 22 million.

There is no question that fluoroquinolones such as Cipro antgibiotic are well suited to knock down the most stubborn infections. However, the basket of Cipro side effects—among them nausea, vomiting, diarrhea, headache, dizziness, hypersensitivity, phototoxicity, hepatotoxicity and cardiovascular effects—is augmented by a potential for tendinopathy and rupture.

It is interesting to note that tendinopathy associated with fluoroquinolone use was first reported in 1983, four years before the Cipro drug hit the market. The first actual case of Achilles tendon rupture was reported in the same year Cipro appeared, in 1987.

What is most concerning with regard to Cipro rupture is that there isn't a lot known as to why this happens, although with the wide use of fluoroquinolones and the increasing reports of tendon rupture, there are more post-marketing studies available.

It is interesting to note that the US Food and Drug Administration (FDA) received more than 250 reports of tendon rupture linked to fluoroquinolones between 1997 and 2006. And yet it wasn't until 2008 that a black box warning appeared on fluoroquinolone product labels.

More CIPRO TENDON RUPTURE News
JAAPA notes that while physical activity and trauma usually precipitates a Cipro tendon rupture (such as running or playing tennis), some ruptures linked to the Cipro drug can happen spontaneously—in other words, when the patient is at rest. JAAPA reports that healing is slow and usually requires hours of physical therapy. Surgery is often required, and the combined direct and indirect costs to the patient and the overall health care system can be considerable.

Cipro tendonitis can also immobilize a patient to the point where weight gain could become a factor, as a patient loses the capacity to exercise or even move normally. This can further impact health issues for the patient. Perhaps the most frustrating of all is the potential for Cipro tendonitis to occur after just one dose…

Posted by
JK
on September 28, 2013
Another Cipro victim here! A mere 12 Cipro pills ended my life in October of 2009. I've been disabled and unable to walk ever since. You can read my story and find more info on the horrors of Cipro at: ciproispoison.com