Cipro Side Effects Run the Gamut

Reading the stories of people contending with Cipro side effects is heartbreaking, knowing the realities involved in dealing with such adverse reactions on a daily basis. Two contributors to a consumer's Web site lamented the need for Cipro, and the effect ciprofloxacin has had on their bodies and lifestyles. 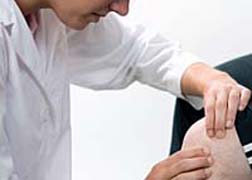 "LE," writing from Westfield, Indiana, described himself to consumeraffairs.com in September as an extremely healthy 37-year-old, who was prescribed Cipro for an infection stemming from a soccer injury. That was in November of last year. Two months later, in January, LE says that one day he went to yell (without revealing why) and felt a "pop" in his neck.

After various tests, it was determined that the writer had suffered a Cirpro tendon rupture in his neck.

"I was on Cipro for nearly 5 months," LE writes. "This drug really wreaked havoc on my body. I have screwed up tendons close to my sternum (from doing push-ups), in my neck, in my leg, in my stomach/back. I believe all of these injuries are healing verryyyyy slowly [sic, writer emphasis)."

He fears some of his injuries may never heal.

Then there is Jennifer's story. A resident of Burbank, California, Jennifer describes herself to consumeraffairs.com as an active, healthy 40-year-old who was prescribed Cipro for suspected diverticulitis.

"Starting with my first dose, I began experiencing pain in my arm, hand + elbow [sic]. Thinking it had to do with excessive work on the computer, I dismissed it. By the third day, my knees were also in severe pain despite the fact I was definitely not doing much physical activity."

Becoming increasingly concerned about Cipro effects, Jennifer consulted her doctor, who in turn, recommended she remain on Cipro for the full ten days of her treatment, in order to eradicate the infection.

More CIPRO TENDON RUPTURE News
"I stuck with it for 9.5 days and then stopped out of fear and frustration with my increasingly severe symptoms," Jennifer wrote on September 3. "Today, four days after my last dose, I attempted to do some gentle stretching on a mat on my living room floor. After less than 5 minutes, I heard a pop in the back of my right knee and was unable to stand up, or move it. Now, I am unable to fully straighten that leg without pain and the feeling that my joint is about to pop.

"Honestly, I would rather have tried to weather my intense stomach pain without treatment rather than have that condition improve at the expense of my general health. Did I mention the inability to sleep AND [author emphasis] horrifying nightmares once I do finally pass out from the tiredness? Truly awful."

It seems apparent that Cipro side effects are a concern, and Cipro tendonitis and Cipro rupture can affect tendons beyond the Achilles' heel.

Posted by
Danny G.
on January 27, 2016
Does CIPRO for 2 weeks possibly cause serious Vitamin D deficiency; which in turn can cause excessive'soft tissue' deposits to inturn cause defective Calcium caused Aortic Heart Valve 'Calcified Stenosis' ... which I had my Aortic valve replaced as Surgeon said when I awoke, " I had to chip that valve out as it was Hard as a Rock, all Calcifed Latter a Question if Cipro could have caused Vitamin D dificiency???

Posted by
Larry Stock
on December 29, 2015
I have been taking Cipro off and on for about 6 years for bladder infections. For the past few months I have had a constant pain on the right side of my groin up to the mid hip. I have seen a DR> and he advised me to rest the leg and the pain should go away.
Needless to say it hasn't and after reading the comments I am very concerned about this and now I want to have my Liver checked.
NEVER has any DR> advised me of any possible complications. My usual dose is 500 MG 3 times a day for 14 days.
Who can we trust.?