A California lawyer is investigating complaints against It's Just Lunch, a dating service that promises to set professional singles up with other professionals. Based on the investigation, a class action suit could be filed against the company. 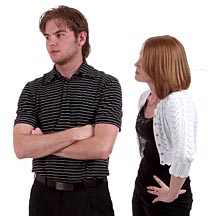 Complaints against It's Just Lunch include misrepresentation of the number of available clients, matching clients with non-professionals and not using a selective process to match clients.

One former client, Kimberly, wrote a letter posted on Complaints.com setting out her issues with It's Just Lunch. Kimberly says she paid $1195 for 16 dates set up by It's Just Lunch. However, she says that she was "extremely disappointed" with her first three matches. She phoned It's Just Lunch to let them know how she felt about the matches, but says that it took a week for her matchmaker to call her back and after that the situation did not improve.

Kimberly notes that halfway through the program she began to worry that the matches she was set up with were random rather than specifically set up based on her designations. She writes that two of her matches were outside her designated age range, one lived so far away geographically that there was almost no way to keep up contact, two matches had no interest in tennis even though Kimberly was told they were tennis players, and one match had virtually nothing in common with her.

After writing a letter to It's Just Lunch to let them know her complaints, Kimberly received a call to confirm a date that had already been scheduled. When she mentioned her complaint letter, Kimberly was told that it had been put in her file but no one had taken any action on it.

Another former client, Marla of Virginia, posted a letter she wrote to It's Just Lunch on the Consumer Affairs website. Her letter actually helped her win back the $1300 she spent on the matchmaking service.

According to her letter, Marla paid for 24 dates but in a year and a half was only sent on four. Of those four dates, none were properly matched including two men who had different political and religious beliefs than she designated. When she phoned It's Just Lunch about this issue, she was told that the company does not ask clients about political or religious beliefs, despite having been told there was a good chance she could be set up with only Jewish men. In addition to those poor matches, one man did not show up for their date, and one man had almost nothing in common with her.

Marla decided to take It's Just Lunch to court in order to get her money back. According to her posting, the judge read her letter and awarded her money back.

If you have paid money to It's Just Lunch to have them set you up on dates and they have failed to live up to their end of the contract, you may be eligible for compensation. Contact a lawyer to discuss your options.

If you feel you have been deceived by this dating service, please contact a [It's Just Lunch] lawyer who will evaluate your claim at no charge.
Request Legal Help Now

Posted by
Susan Rhoderick
on November 14, 2019
I joined IJL in August, and had terrible customer service. My matchmaker either quit, or got fired, and I wasn't able to get a call back from my new matchmaker, for 4 days. I had to talk to at least 3 people, before she finally called me back. This was all in my first month, as a new member.
At that point I requested a refund, through my Chase credit card, as I had paid them $2,700, for 12 dates, in a year, and wasn't set up with any, after a month.
I lost my case, as IJL sent Chase the contract that I had signed, online. The contract is rather open ended, as it states that I will get 12 dates in 12 months, or whatever comes "last".
IJL put my contract on "hold" while I was disputing it, thus using up some of my 6 month allowable hold time.
I called, and asked to be put back on dating status, on Nov. 4th. I was told, in writing, (email) from my previous matchmaker , Lisa, that someone from the Baltimore area will get a hold of me, when they have a match. I've since found out, by tricking them, that there is no office in Baltimore, and the matchmakers are all working out of an office in FL. I've yet to be contacted. With further investigation, and after being told that a women named Debbie is my new matchmaker, I contacted her, by email. She called me back, and said that she is not my matchmaker, she's a manager, and has worked for the company for 10 years. She told me that Lisa is my matchmaker. She also claimed not to know anything about the current class action suite, and that there are PLENTY of matches for me, out of Baltimore. She also confirmed that there is no actual office in Baltimore.I asked her to please send me an email, to confirm everything that we spoke about, and spelled out everything in my email. She has yet to contact me back, and that was a couple of days ago. I then contacted Julie Lopez, who I believe is the president of the company, and told her that I was told that Debbie was my matchmaker, and Debbie told me that Lisa was. I told her that Lisa emailed me that someone from the Baltimore area would be contacting me, and I'm still waiting. I asked her to "please respond", as it appears that I don't have a matchmaker. That was 2 days ago, and I haven't heard a word back.
I really need help, and these people are crooks, and they got $2,700 from me, and haven't provided one single date.
I do not want to be part of the current class action suite, as I was told I would only receive $14.00, and a voucher for one date. That is not acceptable to me. I am unable to be provided even one date!
I'm asking my credit card company to reopen the case, as I'm supposed to pay them the $2,700 by December 1st.
I need a lawyer. I'm also thinking about suing Southwest airlines, as they carry, not one, but two, full page ads for IJL. I always fly Southwest, and have seen the ads, and thought that they were a reputable company. I just got back from a trip, and have the current Southwest magazine, that has the ads. I have been seeing the company advertised in their magazines for years, now.
Please get back to me, and advise.
Susan Rhoderick