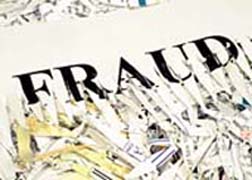 Attorneys for the businesses estimate AIG saved hundreds of millions of dollars in workers’ compensation fees and premium taxes and cheated insured employers out of hundreds of millions of dollars, which could have gone back into the economy to create or preserve jobs. According to the complaint, this underreporting went on for decades, and - although AIG has paid almost $150 million in fines, taxes and assessments to various states and has agreed to pay $450 million to resolve litigation brought by other insurance carriers - it has never compensated the many small businesses and other insured employers who were for decades defrauded into paying inflated workers compensation fees and surcharges. These are the first lawsuits brought on behalf of those businesses.

“AIG has resolved a significant amount, but not all, of its liability for this brazen scheme,” said Derek Brandt, an attorney with the Simmons Firm representing the plaintiffs. “Our clients have not been reimbursed for the money they were cheated out of and we look forward to recovering that money for them.”

Co-counsel Drew Pomerance and Nicholas Roxborough added, “We seek justice for the thousands of insured businesses who were damaged for years and years by AIG’s fraudulent and deceptive practices.”

If you or a loved one have suffered losses in a similar case, please click the link below and your complaint will be sent to a business frauds lawyer who may evaluate your claim at no cost or obligation.
Request Legal Help Now