An asbestosis lawsuit has been filed against the giant multinational petroleum enterprise Chevron alleging gross negligence that led to the death of a husband and father from Texas. Plaintiff Margaret Stephens, who hails from Spring Branch in Texas, is joined by her Australian-based son Gary Stephens in her lawsuit against Chevron USA. 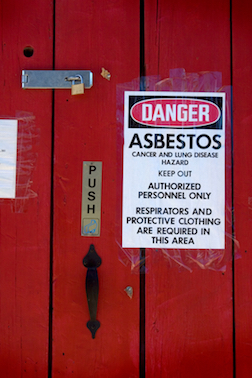 According to the Southeast Texas Record (08/22/16), the late Charles Stephens – who died August 8 of last year – was an employee of Chevron. The asbestosis claim alleges that Stephens was exposed to asbestos fibers during his time at Chevron. Asbestos is a known carcinogen that is most dangerous when free-floating. While asbestos was used in construction and insulation applications for decades before its carcinogenic properties became better understood and more widely known in the 1970s, proper management of asbestos can minimize health risks. This includes allowing hidden asbestos to remain in an undisturbed state out of range from human exposure – or, if removed, the use of proper protective gear including breathing apparatus to prevent ingestion of asbestos fibers.

Exposure can lead to asbestos cancer, asbestosis and mesothelioma – all of which can incubate and remain hidden in the body for decades before suddenly emerging into a health hazard for which there is no cure. Death can be painful – as it is alleged to have been for Stephens. His family consulted an asbestosis lawyer in determining grounds for a lawsuit to pursue asbestos compensation.

Margaret Stephens and her co-plaintiff son allege in their asbestosis disease claim that Chevron failed to warn Charles Stephens in a timely manner as to the risks and dangers inherent with exposure to asbestos, and the long-term health implications of ingesting asbestos fibers. The plaintiffs also assert Chevron did not do enough to prevent Stephens from exposure.

More ASBESTOSIS News
While Margaret Stephens does not knowingly have asbestosis or similar health implications of her own, there have been cases whereby asbestos workers infect their spouses with asbestos by wearing their fiber-laden work clothes home from the workplace. This can place asbestos fibers in the family car, on household furniture or in the laundry room, where spouses often undertake their spouse’s laundry. There have been cases where the spouses of asbestos workers have died from asbestosis disease without ever having set foot in the workplace. Rather, asbestos fibers have been ingested from laundering their husband’s work clothes.