A most interesting asbestosis lawsuit is percolating in Hartford, Connecticut, that carries various storylines and potential outcomes: alleged asbestos exposure at the workplace when the employer had emphatically stated there was no asbestos present, followed by testing that confirmed there was; an asbestosis compensation lawsuit recently approved for class-action status even though Workers’ Compensation law may prohibit some plaintiffs from participating; a class-action lawsuit skewed toward future medical monitoring given that exposure occurred within the last six years, whereas it can take decades for asbestosis disease to develop… 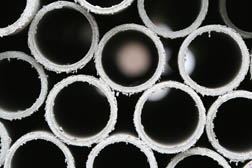 In spite of that, it has been reported that lead plaintiff Danny Dougan has been wheezing and complaining of shortness of breath. Is it due to an unusually early onset of asbestosis lung disease? Or is it due, as defendants suggest, from a years-long smoking habit?

The Journal Inquirer (2/12/16) reports that some workers involved in a 2010 reconstruction project at Sikorsky Aircraft, located in Stratford, may have been exposed to asbestos in spite their employer providing assurance that there was no asbestos present, or so it has been alleged.

According to the asbestosis lawsuit report, employees of Sikorsky, co-defendants Carrier Corp., and URS Corp. AES, and B-G Mechanical Contractors Inc. of Chicopee, Massachusetts (B-G), were tasked with the removal of pipes and fittings in a boiler house as part of a reconstruction that occurred between March and July 2010. The boiler house dated back to 1930 and is described as a “cogeneration” plant that produced both heat and electricity.

The use of asbestos as insulation for pipes and boilers was common practice in that era, prior to the carcinogenic risks of asbestos becoming more widely known to the greater population.

Lead plaintiff Dougan was an employee of B-G. Dougan and his fellow plaintiffs from B-G as well as other workers involved in the project inquired as to the presence of asbestos in the plant and what the risks might be. According to the asbestosis disease lawsuit, the workers were subsequently informed by the defendants that “testing had been done, that asbestos was not present on the pipes and pipe fittings, and that it was safe for them to do the work to which they had been assigned,” according to court documents related to the lawsuit.

It has been reported that workers commenced operations in the cogeneration plant amidst continued misgivings, and continued to raise the matter until testing was conducted in early July of that year.

The tests revealed the presence of asbestos. “Visible asbestos and overloaded air samples” were found as a result of improper disturbance of insulation containing asbestos on pipes and pipe fittings, the lawsuit alleges. “Despite these results, the project was not shut down until approximately two weeks later,” the suit continues, saying workers continued to be exposed during that time.

It was at this time that licensed asbestos contractors were brought in to safely remove asbestos. Sikorsky employees, who continued to operate the boilers and keep them active during the reconstruction project, began to wear respirators following the release of test results.

But by then, was it too late?

In approving class-action status for the asbestosis lung cancer lawsuit, Judge Grant Miller of Hartford Superior Court noted that employees of Sikorsky and Carrier would be limited as to their participation in the class-action lawsuit given existing rules governing Workers’ Compensation. The latter, according to the Journal Inquirer, makes it relatively easy for workers to collect asbestosis exposure compensation from their employers, but said compensation could be limited under Workers’ Compensation rules. Plaintiffs would have to litigate that point individually, as well as litigating the extent and nature of medical monitoring needed in order to minimize the negative health impacts of asbestos exposure going forward.

As noted earlier, the alleged exposure to asbestos occurred in 2010, or six years ago. Typically, asbestosis pleural plaques can languish within the body for upwards of 30 years before suddenly emerging in the form of asbestosis cancer. Thus the thrust of the asbestos lawsuit - which has been approved as a class action - would be the potential for asbestosis lung complications in forthcoming decades, and various applications of medical monitoring to be conducted over time that may succeed in minimizing adverse effects.

More ASBESTOSIS News
As for plaintiff Dougan, his situation is expected to generate some polarizing testimony from two expert witnesses; one for the plaintiffs and another for the defendants. According to the Journal Inquirer, Dr. M. Saul Anwar, a specialist in respiratory diseases, is expected to testify for the plaintiff “that screening and early detection can be life-saving and/or improve the quality of life in those individuals who develop asbestos-related diseases,” according to court papers.

The defendants in the lawsuit are expected to respond with Dr. Barry William Levine of Massachusetts General Hospital, who is expected to testify that Dougan does not suffer from asbestosis lung disease, but rather “Mr. Dougan does suffer from severe emphysema attributable to his long history of smoking cigarettes and, as a result, Mr. Dougan requires regular medical surveillance.”

Posted by
richard martin
on November 17, 2016
i have asbestosis was in the navy 1946 to 1949 in the engine rm as 3c m/m the va has been treating me had ct just recent and they found 2 more spots on my lung
Posted by
Donald Sass
on October 22, 2016
I was exposed in 1950 at US Navy Reserve Fleet Texas and throughout my career. In Texas in Summer of 1950 I worked on Mothballed ships readying them for recommissioning for return to Active duty for Korean Conflict.

I arrived there in July 1950 and left Sept or Oct on one of the ships I worked on, LSD21. AT times we were covered by the Asbestoes used on pipes, fittings and material used to keep the ships in good condition when stored.

In 1991 I was recalled to Active duty due to my experience with the LSD type of ship. My position was assisting the conversion of ship LSD15 to a Fire fighting training utility, in Mobile AL at an Island in Mobile Bay.

I was stationed there for six Months and then returned to Reserve Duty in Portland OR, where I was an Officer in a Reserve Unit.

The VA determined and verified my exposure to Asbestos and awarded me a 30% disability. Among the VA medical RXs I take/have inhalation medicine and was issued Emerg. Inhalation inhaler by the VA

I registered a month ago+ with this board but have not heard from any other source. I am now 83 and will be 84 in Feb 2017. I don't want to wait until I am incapable to follow through with my complaint.

I have a return appointment with the VA on Oct 25 this year.

Posted by
Ashok Verma
on September 2, 2016
How can I join class action law suit for asbestosis? I have been diagnosed with asbestosis by my doctors and insurance company's (defendants) doctors too. Ashok