A former cargo worker who was diagnosed with asbestosis disease in 2011 will have his medical costs covered following the ruling of an appeals court in an asbestosis lawsuit. 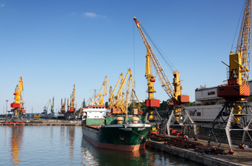 Asbestosis is a disease that results from exposure to asbestos fibers. Once ingested, the asbestos can lay dormant in the lungs for decades before emerging as asbestosis, asbestos lung cancer or mesothelioma. The plaintiff in the asbestosis claim noted above, Ferdinand Fabre, had been employed by Ramsay Scarlett & Co. (Ramsay Scarlett) from 1969 through 1991 at the Port of Baton Rouge, and engaged primarily in the work of swapping out brakes and clutches on various pieces of machinery. Asbestos was a common component in the manufacture of brake and clutch components at the time.

Fabre was also assigned, according to court documents, to a storage facility at Sharp Station over a four-year term from 1972 through 1976, and also performed work for Westway, another entity based at the Port of Baton Rouge, from 1991 until 2013.

At issue within the asbestosis cancer lawsuit, are the points of place and time at which Fabre was exposed to asbestos, and the inherent liability. Fabre, with the help of his asbestos attorney, made a claim for asbestosis compensation from Ramsay Scarlett under the Longshore Harbor Worker’s Compensation Act (LHWCA).

According to the asbestosis lung disease lawsuit, Fabre was exposed to asbestos while performing work at Sharp Station. Both sides in the dispute agreed to that fact. However, unlike work that was performed in the Port of Baton Rouge, activities undertaken at Sharp Station are not within the jurisdiction of the Act and thus, Ramsay was of the view that it wasn’t liable for Fabre’s medical costs. In addition, Ramsay argued that Fabre could have been exposed to asbestos elsewhere.

Following his diagnosis of asbestosis lung disease in 2011, Fabre filed, in December of that year, a claim for medical benefits under the LHWCA. The claim took almost two years to work its way through the system while Fabre continued to battle with his asbestosis pleural plaques, but in September of 2013 an administrative law judge issued a determination that Ramsay Scarlett was legally on the hook for Fabre’s medical expenses.

Unhappy with the ruling, Ramsay Scarlett appealed to the Benefits Review Board which, a year later in September 2014, affirmed the original ruling.

While both parties agreed that Fabre was exposed to asbestos at Sharp Station, Ramsay Scarlett disputed the possibility and potential that the plaintiff may have been exposed at the Port of Baton Rouge, where Fabre performed work on brakes and clutches and an area in which Ramsay Scarlett was open to liability.

Part of Fabre’s claim hinged on the testimony of an expert witness - an industrial hygienist, who spoke to the well-documented risks associated with the handling of brake and clutch components, exposing workers to “significant concentrations of asbestos.”

Ramsay Scarlett attacked the plaintiff’s credibility in its defense of the asbestosis lawsuit, as well as attempting to cast doubt on the potential for Fabre to be exposed at the Port of Baton Rouge - especially in view of the agreement by both parties that he had indeed been exposed while working at the storage facility at Sharp Station.

More ASBESTOSIS News
However, it was the opinion of the appellate court that Ramsay Scarlett had failed to meet its burden of proof in arguing against liability at the Port of Baton Rouge.

Posted by
David Wood
on March 20, 2016
I have stage 3 asbestosis and worked for the same company for 30 years and insulated from 1970 to 1975. I would look like frosty the snowman daily from cleaning and sweeping white residue form the insulation floating in the air. I worked until 2002 at the same plant until early retirement. I had trouble breathing for years. I am on pain management now and the company knows about this. I use to bury the insulation on the island hidden from most back everyone in the 70s. I am 63 now and have extreme pain all over. I have had 2 hemmoragic strokes.
Posted by
Candace Mae Odom
on March 7, 2016
My father was a Navy Seaman and was on a Destroyer called the USS Fecthler during the Korean War. He died in 93 from Lung cancer from breathing the asbestos on the ship.