A new study by a Pittsburgh scientific researcher has found that more than one-third of heater-cooler devices used in open-heart surgery could be contaminated with dangerous bacteria. 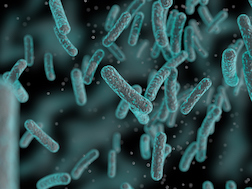 Heater-cooler devices such as the Stockert 3T heater-cooler system, which helps regulate a patient's body temperature during surgery, have previously been linked to infection during certain surgeries.

The study, Microbial Contamination of Heater/Cooler Units: M. Chimaera and Beyond, published in June 2017 in the American Journal of Infection Control, analyzed 505 water samples from 103 heater/cooler units to assess for the presence of non-tuberculous myobacterial (NTM), primarily M. chimaera, before and after decontamination.

In January 2017, plaintiffs filed a motion In RE: Sorin 3T Heater-Cooler System Products Liability Litigation, MDL No. 2772 to transfer 15 Stockert 3T heater-cooler lawsuits pending in five districts to US District Judge Bruce H. Hendricks, US District Court for the District of South Carolina, Greenville Division for multidistrict litigation that would centralize the lawsuits under one judge.

However, the US Judicial Panel on Multidistrict Litigation denied the motion.

More STOCKERT 3T News
M. chimaera is frequently found in soil and water but not generally associated with infections. Still, patients exposed to the bacteria through open-heart surgery can develop symptoms that may take months to emerge. Infections may not show up for years, which makes the infections difficult to treat.

"Our results showed M. chimera in 37 percent of units tested and is consistent with previous findings. The extent of contamination from such a rare organism in multiple units from all over the country was surprising," said the study's lead researcher John Rihs, according to Science Daily:

"Some devices remained positive for M. chimera for months, indicating that disinfection can be difficult and routine testing is advisable. Beyond M. chimera, we found other NTM species, Legionella, and fungi, indicating these units are capable of supporting a diverse microbial population."