Send your Thoratec Heartmate II claim to a lawyer who will review your claim at NO COST or obligation.
GET LEGAL HELP NOW

Left Ventricular Assist Devices (LVADs) are implanted to help the left ventricle of a patient with advanced heart failure circulate blood throughout the body. In such patients, the device—which includes a blood pump, power pack, and controller—is attached to the patient's left ventricle and aorta via the blood pump, while the power pack and controller remain outside the body.

Patients are approved for LVADs in two scenarios: 1. As Bridge-To-Transplant (BTT), where the patient is at risk of death from left ventricular heart failure while waiting for a transplant from a donor heart, or 2. As Destination Therapy (DT), where the patient has end-stage left ventricular heart failure and is not a candidate for heart transplant. 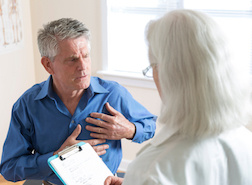 Pump thrombosis is a life-threatening complication that can require surgery to replace the pump.

On August 5, 2014, the FDA approved updated labels for the HeartMate II that included the risk of pump thrombosis.

During the same warning, the FDA noted that bleeding complications had been l inked to the Thoratec HeartMate II device, though the exact cause of the bleeding was not known.

According to an FDA alert (3/5/14), as of March 2014, four people had died and five more lost consciousness or suffered a decrease in blood flow while attempting to switch to a backup system controller. Switching the controller requires patients to disengage their pump. Two of the patients who died reportedly attempted to switch the system controller while alone and without contacting their health care provider.

If you or a loved one has suffered similar damages or injuries, please click the link below and your complaint will be sent to a lawyer who may evaluate your claim at no cost or obligation.
Please click here for a free evaluation of your Thoratec Heartmate II claim
Last updated on Sep-9-16