Aranesp, Epogen, and Procrit -- three common drugs used to treat anemia -- have been linked to serious complications in cancer and kidney patients. The drugs, which are erythropoiesis stimulating agents (ESAs), have been approved to treat anemia in patients with chronic kidney failure and in cancer patients whose anemia is caused by chemotherapy. Epogen and Procrit are used for patients scheduled for major surgery to reduce potential blood transfusions and for the treatment of anemia in HIV patients.

Send your Aranesp, Epogen, & Procrit claim to a lawyer who will review your claim at NO COST or obligation.
GET LEGAL HELP NOW

Aranesp, Epogen, and Procrit are genetically engineered versions of a natural protein, erythropoietin, which increases the number of red blood cells. 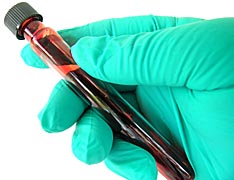 The FDA recently issued an alert informing medical professionals and patients about cases of severe anemia and pure red cell aplasia (PRCA) in patients taking ESAs. This news infers that Erythropoietin drugs are actually making patients worse rather than better.

On June 24, 2011, the FDA issued a warning that more conservative dosing guidelines should be used for erythropoiesis-stimulating agents (ESAs) when they are used to treat anemia in patients with chronic kidney disease because of an increased risk of cardiovascular events, including stroke, thrombosis and death. These recommendations are to be added to the Boxed Warning on the label and were announced after clinical trials showed an increased risk of cardiovascular events when ESAs are used to bring blood hemoglobin to normal or nearly normal levels. FDA also noted that ESAs have not been proven to improve quality of life, fatigue or patient well-being.

The new label will now urge patients and physicians to carefully weigh the benefits of using ESAs to lessen the need for red blood cell transfusions against the risk of serious cardiovascular events. Dosing should be done on an individual basis and the lowest dose possible of ESAs are to be given.

The new warning label advises doctors to monitor patients' levels of red blood cells and to use the lowest possible dose to avoid the need for blood transfusions. Additionally, the FDA advises both doctors and patients to carefully weigh the risks and benefits of a transfusion if anemia worsens. This new information pertains to all ESAs and the FDA is currently re-evaluating the safe use of ESA.

All three drugs are manufactured by Amgen Inc. Procrit is marketed and distributed by Ortho Biotech LP, a subsidiary of Johnson & Johnson. A representative from Amgen said the medications have well-established safety profiles in millions of cancer and kidney patients who were given the drugs according to the FDA's dosing guidelines. However, safety concerns were discussed during a 2004 meeting of the Oncologic Drugs Advisory Committee. Product labeling was previously revised in 1997, 2004, and 2005 to reflect new safety information.

The Epogen website warns patients of a study in which patients with kidney failure and cardiac disease taking Epogen showed an increase rate of thrombotic events and fatalities. The company also warns that Epogen should be discontinued in patients with antibody-mediated anemia.

If you or a loved one has suffered negative side effects from Aransep, Epogen, Procrit, or other anemia drugs, you may qualify for damages or remedies that may be awarded in a possible class action lawsuit. Please fill in our form to submit your complaint to a lawyer who will review your claim at no cost or obligation.
Please click here for a free evaluation of your Aranesp, Epogen, & Procrit claim
Last updated on Apr-5-18

Benefits of Anemia Drugs Could Be Anemic At Best

It's hard enough to fathom that a drug could cost $2,500 per dose. What makes that figure even more bizarre are allegations that the benefits of three anemia drugs designed to treat anemia, may have been grossly overstated for more than two decades.READ MORE
FDA Issues Dosing Guidelines for ESA Medications

The US Food and Drug Administration (FDA) has issued new dosing guidelines for ESA (Erythropoiesis-Stimulating Agents) when the medications are used to treat anemia in patients who have chronic kidney disease. The new dosing guidelines come because FDA has information suggesting that Aranesp side effects and Procrit side effects, when used in patients with chronic kidney disease, could include an increased risk of cardiovascular events.READ MORE
FDA Recommends Modified Dosing of ESAs

The U.S. Food and Drug Administration (FDA) is informing healthcare professionals of modified recommendations for more conservative dosing of Erythropoiesis-Stimulating Agents (ESAs) in patients with chronic kidney disease (CKD) to improve the safe use of these drugs.READ MORE

Posted by
Christopher Murphy
on December 8, 2017
I was given aranesp and my hair started to fall out. I was given it to build my blood because my bones stop making blood. They was given me aranesp 40mg . I am on dialysis to and nobody at my dialysis or my doctors told me about any of the sideffects that it had. So I told them to stop given it to me. So now I think they are given me epogen now. Since they have been given me it I have been hurting in my arm a lot and in my chest. The aranesp made me go bold . I still got some hair but it is not as thick like it was and it is still falling out.
Posted by
California
on September 5, 2012
I have never had cardio problems, in fact Ive always had very low total cholesterol levels. The only link is that after I was put on Epogen I had to have two stents put in my heart and Im now on plavix for the rest of my life, which also precludes me from ever receiving a kidney transplant. I was NEVER told that I was being put on Epogen, let alone the horrific side effects involved with its use.
Posted by
New Jersey
on October 21, 2008
As a direct result of the stroke, I have short term memory loss, right sided deficits, personality and emotional disturbances. My quality of life, and length of life has been severly impacted by the administration of this drug.
Posted by
Pennsylvania
on January 30, 2008
My mother is a diabetic who had never had a stroke prior to Procrit. A physician prescribed Procrit for her anemia. Within days after she began receiving the Procrit she suffered mini-strokes. I believe she had three strokes total, one of which slightly disfigured the one side of her face. The doctor refused to believe the Procrit caused the first stroke and proceeded to give her more Procrit at which time she had more mini-strokes. Since stopping the medication two years ago, she has had no further strokes. The amazing thing is that the doctor specifically said this drug had a very minimal chance of causing heart attack, stroke, etc. yet when my mother started having strokes, he refused to believe the medication was to blame.
Posted by
Pennsylvania
on November 25, 2007
The doctor advised I take Procrit shots. He said the risk of stroke was minimal and rarely ever happened but he had to mention it. A couple of days after I received the first shot, I ended up in the hospital with a mini stroke. My daughter went and told the doctor who'd given me the Procrit. He said he didn't believe it had anything to do with the problem.

A couple of weeks later, I was given another dose of Procrit and again, ended up in the hospital with mini strokes. This time the left side of my mouth had fallen and it took months to recover. The strange thing is that when I was given the second dose, my level was not very low at all and in fact, I think was in normal range but I was given the shot anyway.

I refused after that to ever take that medication again and people need to be warned that this is not an uncommon side effect but can be a very real effect of this medication.

Posted by
North Dakota
on October 28, 2007
Two months after my transplant I developed 2 blood clots in my spleen. After having a splenectomy and on Coumadin I developed a massive portal vein thrombosis which just about ended my life of 32 years. The trauma from the clot caused significant damage to my grafted kidney and now again my function is down to 23% and I will be starting dialysis or trying to find another kidney.